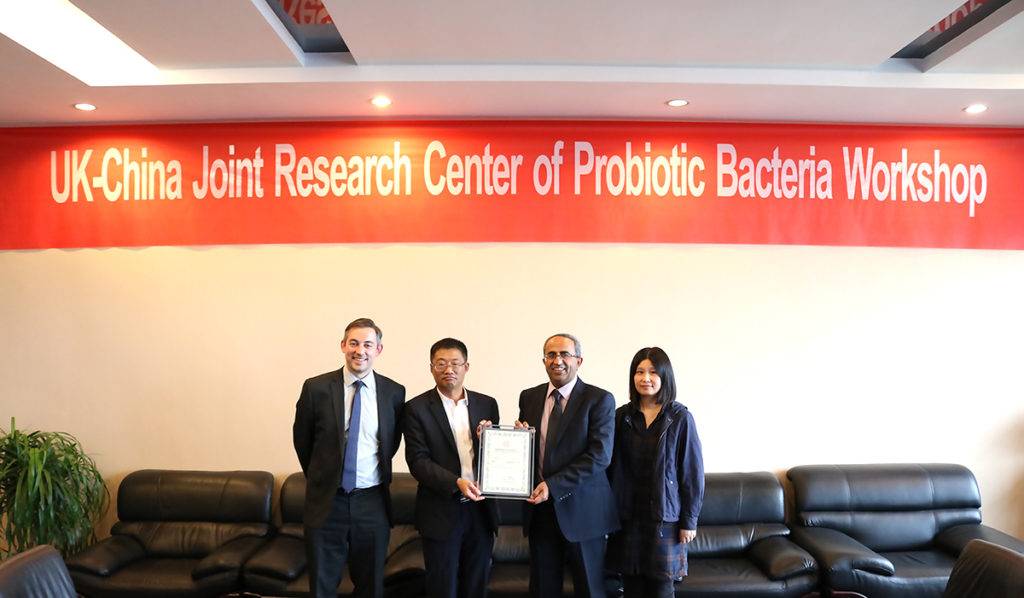 Professor Arjan Narbad from the Quadram Institute on the Norwich Research Park has received a prestigious award by China’s Jiangsu Province.

The competitive award is presented to foreign nationals who have made significant contribution or formed successful collaborations with Jiangsu Province. Arjan was nominated by Jiangnan University, with whom he has helped to establish the UK-China Joint Centre for Probiotics Research.

The award highlights the success of the long term collaboration between the Quadram Institute and Jiangnan University. The two organisations initiated the UK-China Joint Centre for Probiotics Research in 2016, supported by the Newton Fund.

The centre builds on and strengthens efforts to understand the gut microbiome, the community of trillions of microorganisms that inhabit our gut. Both Jiangnan University and the Quadram Institute have major programmes to understand the links between the microbiome and health, and are investigating ways to maintain a healthy microbiome, through probiotics, diet or other interventions.

The collaboration continues to bear fruit. A recent publication presented joint research that uncovered insights into the varying ability of different strains of probiotic bacteria to restore a healthy microbiome following antibiotic treatments.

In population, Jiangsu is similar to Germany and its GDP per capita of is roughly double the average for the rest of China. Jiangsu ranks first in China’s provincial innovation rankings. This has attracted a number of UK universities to set up presence in Jiangsu, and UK industry are also establishing themselves in the province. AstraZeneca opened a large R&D and manufacturing facility in Wuxi, where Jiangnan University is located, and the UK’s Graphene Lighting Ltd built a factory in Nanjing.