Our gut hosts a community of trillions of microbes, called the gut microbiota, and we are becoming increasingly aware that this has significant effects on many aspects of our health. However, the molecular mechanisms underpinning this interaction remain elusive. 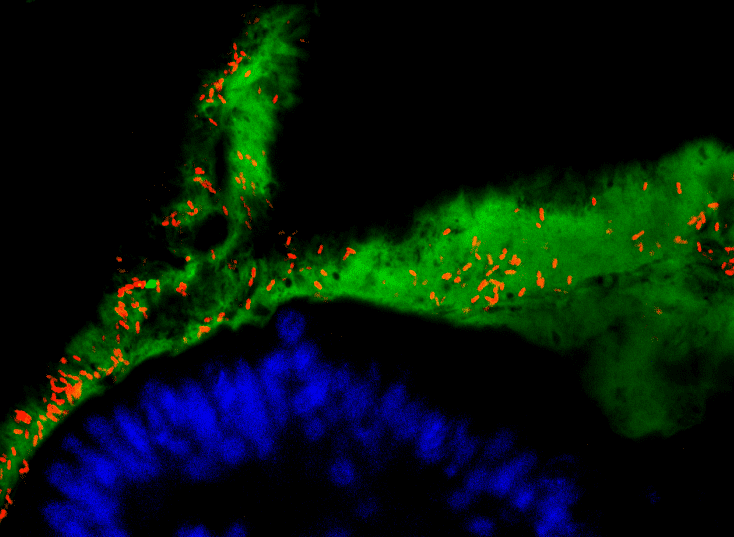 New research led by Dr Nathalie Juge at the Quadram Institute has identified some of the molecules used to ensure bacteria in the gut microbiota maintain healthy populations, in the correct locations in the body. This helps to ensure a continuing mutually beneficial relationship with our gut microbiota.

To achieve a friendly relationship with these microbes, our gut is lined with mucus. In the colon, the mucus layer is divided into a loose outer layer that provides a suitable habitat for bacteria, allowing us to benefit from them, and an inner layer that acts as a protective barrier. This inner layer prevents these bacteria crossing the gut lining where they could cause us harm.

Mucus is made up of large protein molecules, which are decorated and extended by different sugar molecules, called oligosaccharides that together with water make up mucus. These mucin glycan chains  provide a source of nutrients as well as an attachment site for bacteria that have evolved to colonise the outer mucus layer. Over 100 different oligosaccharides have been identified in the human colon, and recent research has shown that variations in the oligosaccharides within the mucus are associated with variations in the composition of the gut microbiota. This may be one way in which the body tries to tailor the composition of the microbiota in different parts of the gastrointestinal tract. 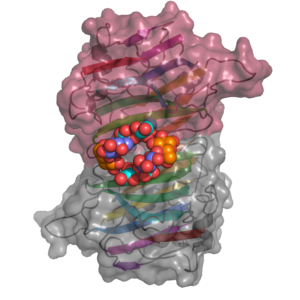 The structure of the Carbohydrate Binding Molecule showing where oligosaccharides bind

Dr Nathalie Juge from the Quadram Institute leads a team of researchers  investigating how mucin glycans might influence the gut microbiota.  In collaboration with Diamond Light Source, the University of East Anglia and the University of California, the researchers, using a commonly-found member of human gut microbiota called Ruminococcus gnavus as a model organism identified carbohydrate binding modules with the ability to bind to mucus. These modules recognise a specific sugar molecule,  sialic acid, which caps the end of mucin glycan chains. The mucus layers secreted by the body to line the gut show a gradient of sialic-acid-capped mucins, with the concentration rising further along the human gastrointestinal tract. The nature of sialic acid in mucins also vary in different species, providing more evidence for how species-specific microbiota interactions occur.

“We think that the carbohydrate binding modules play a key role in determining the spatial distribution of symbiotic bacteria across and along the gastrointestinal tract, which helps to maintain a beneficial relationship with bacteria inhabiting different niches in the gut” said Dr Juge.

With the gut microbiota now being linked to so many different health conditions, there is a growing interest in microbial therapies that look to alter the balance of microbes to improve health. By providing mechanistic insights into how these bacteria interact with the host, this research will contribute to efforts to devise these future therapies.

The research was funded by the Biotechnology and Biological Sciences Research Council and the US National Institutes of Health and published in the journal Nature Communications.

Reference: “Unravelling the specificity and mechanism of sialic acid recognition by the gut symbiont Ruminococcus gnavus” will be published in Nature Communications  on Tuesday 19th December doi: 10.1038/s41467-017-02109-8 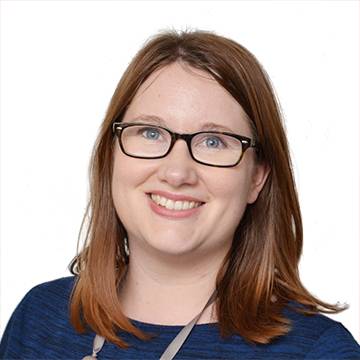