COVID-19: How are new variants named? 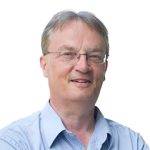 Quadram Institute researcher Professor Mark Pallen was part of a WHO working group on creating neutral variant names of SARS-CoV-2, the cause of the COVID-19 pandemic. Here, he describes how he came to be involved in the team and the pitfalls they encountered along the way, and why WHO decided on Greek letters for new variants.

Last year, as our ambitious study of the chicken gut microbiome was nearing completion, I set myself the task of creating hundreds of well-formed Latin names for the new bacterial species that we had discovered [1]. Luckily, I had studied Latin at school, but as I got stuck into the task, I was warming up knowledge that had lain dormant for more than forty years. As a result, I spent a fair part of that summer buried in Greek and Latin textbooks and dictionaries. Although I initially created the new names by hand, combining Latin and Greek roots within spreadsheets, I soon realised that we could automate this process through creation of software, which led to a spin-out study in which we created over a million new names for bacteria [2].

These efforts attracted the attention of my colleague Evelien Adriaenssens, who invited me to join a working group creating new Latin names for 400 species of viruses that prey on bacteria (bacteriophages). Drawing on my experience with bacteria, this didn’t take long—but crucially it then led to an invitation to join a working group set up by the WHO to create neutral names for SARS-Cov-2 variants.

These efforts were co-ordinated by the virologist Frank Konings, who leads the WHO’s Virus Evolution Working Group.

The problem we faced was that scientific designations for variants (such as B.1.617.2) were all rather unwieldy and so the media and public had instead started using geographical designations, based on where a variant was first discovered (e.g. the Kent or British variant). This risked blaming people associated with a place for a variant, fanning xenophobia and hate crimes. In addition, using geographical names could perhaps over-emphasise the importance of travel restrictions compared to other control measures. 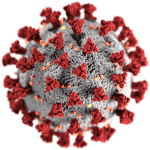 One idea that was batted around early on was encoding a variant’s properties—e.g. its lineage or mutations—into a word for it. But this would have created names that sounded odd and were just as hard to remember as the existing designations. I made the point that any new names could be entirely arbitrary (i.e. say nothing about any property of a variant) but still prove useful. I also suggested that we could perhaps create and agree on the names in advance of use, just as happens, say, with the scheme for creating names for storms, like Storm Francis, where the authorities agree on a set of names each year in advance of use.

Drawing on my experience creating taxonomic names for microbes, I suggested that we draw on Greek or Latin terms from antiquity, particularly as this approach brings the advantage of geographical and political neutrality, while also conveying a sense of gravitas and familiarity. Around this time, I was invited to write an opinion piece for New Scientist, where I made similar points [3].

However, there was no obvious stock of meaningful roots from antiquity for naming viruses. So, I started off thinking that we could perhaps use names of mythical or real characters from antiquity drawn from Ovid’s Metamorphoses—for example, the “Apollo variant” or the “Artemis variant”. At this stage, I also suggested that variants of variants could perhaps be given suffixes from the Greek alphabet, e.g. the “Apollo-alpha” or “Apollo-beta” variant.

But we quickly realised that tales from antiquity are often drenched in violence, so such names could bring unwanted connotations. Besides, many were already in use as contemporary personal or trade names.

But the pressure was on to get a solution quickly. On a couple of occasions, Frank set me the urgent task of creating large numbers of names overnight in preparation for a meeting the next day with a relevant set of stakeholders. As you might expect, I didn’t sleep well those nights!

Early on we were hoping to name thousands of variants, rather than just a handful of variants of concerns. In creating names for bacteria, I had made efficient use of classical terms by using them in a combinatorial fashion, so that if one joined ten words, say, for “chicken” in the first position with ten words, say, for “microbe” in the second position, one could get one hundred new names from just twenty roots. So, I tried recombining opening and closing syllables from hundreds of Latin and Greek names with a linking syllable “an” to create thousands of potential names that sounded “classical” but were entirely fabricated—so, under this scheme, B.1.1.7 would have been named the “Alcanopa variant”.

However, it turned out, after a lot of searching the web, that most such names, even though fabricated, had already been used somewhere, for example as a trademark or even as the name of an alien race in a fantasy universe— so we were left with just a few dozen usable names.

As things moved forward, our discussions involved the three groups—GISAID, NextStrain and Pango—that had already established scientific naming schemes for coronavirus variants. The WHO was keen to gain buy-in from all three groups and was careful to point out that the existing systems were not to be replaced, but augmented, by our proposed more media-friendly system. This meant achieving a consensus rather than imposing solutions.

And so, when, at a crucial stakeholder meeting, not unreasonable objections were raised that my proposed pseudo-classical names were hard to remember and sounded odd, we had no choice but to abandon them. A brief consensus emerged that we should perhaps just call the variants V1, V2, V3, V4 or VOC1, VOC2, VOC3, VOC4. However, these options in turn brought unwanted connotations, what with Robert Harris’s new book “V2” reminding us that this was the name of a deadly rocket in Word War 2, while VOC to English ears sounded rather too much like a swear word, prompting the irreverent cry: “away with these vocking variant names”! 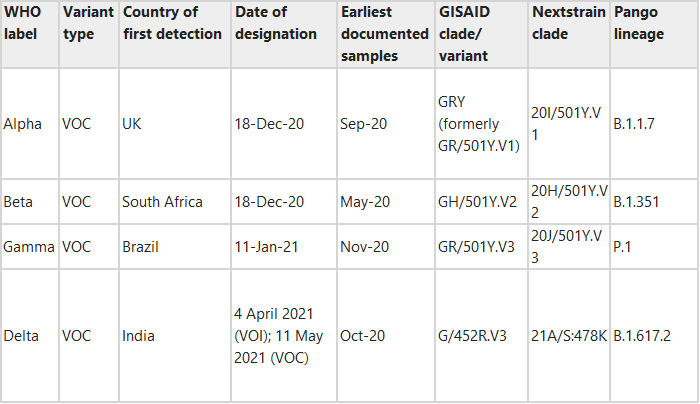 See https://www.who.int/en/activities/tracking-SARS-CoV-2-variants/ for the most up-to-date list of variants

Thus, after further deliberations, we settled on the simple solution of using Greek letters just on their own. After all, they are already widely used in science—from alpha-particles to interferon-gamma. We therefore renamed the four Variants of Concern recognised by the WHO as the Alpha, Beta, Gamma and Delta variants, replacing their earlier problematic designations as the UK, South African, Brazilian and Indian variants. Initially, the WHO released information about the new scheme via a media advisory notice and their own web site, but this was soon followed by a publication in the journal Nature Microbiology [4].

We recognise that this may only buy us time—if and when the number of variants exceeds the two dozens letters of the Greek alphabet, we will have to find another approach. But it addresses the urgent need for new names that avoid any stigma arising from accidents of geography.

It is pleasing to see that In the week or so since they were announced, the new names have been widely accepted in the news media, which brings a satisfying sense of “mission accomplished”—at least for now.