How the gut microbiome affects the brain and mind

Ever had a gut feeling? 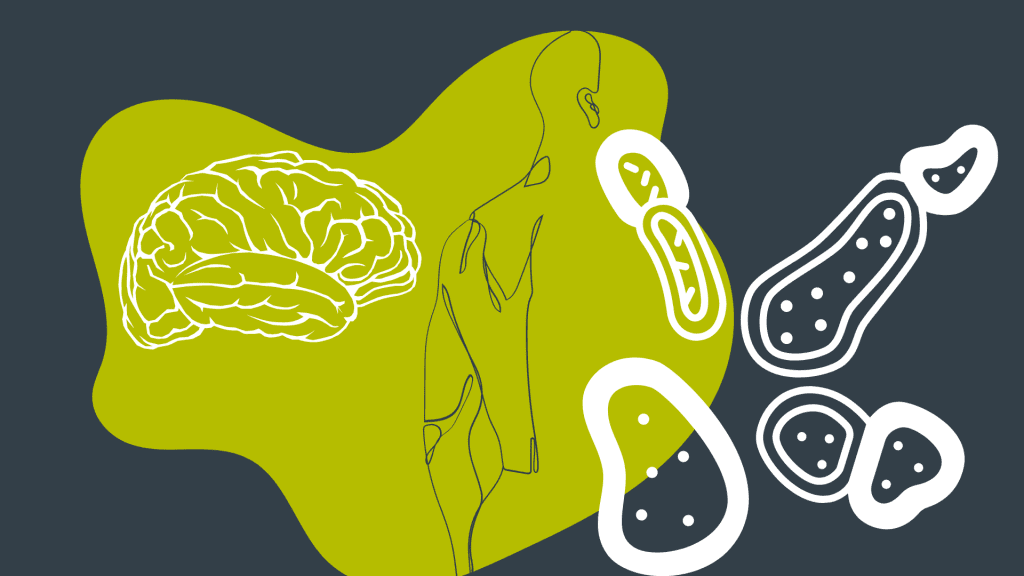 The gut-brain axis is the communication between the gut microbiota and the brain.

There is increasing evidence of important links between microbes in the gut and healthy ageing including cognitive health.  Transplanting faecal microbiota from young into old mice can reverse hallmarks of ageing in the gut, eyes and brain.

This research shows microbiota from old donors led to loss of integrity of the lining of the gut, allowing bacterial products to cross into the circulation. This results in triggering the immune system and inflammation in the brain and eyes.

Research is ongoing to find out more about age-related decline in cognitive function associations with changes in the intestinal microbiome. The MOTION study at the Quadram Institute and UEA is studying the effect of the ageing gut on mental health and cognition in people aged over 60.

Some research suggests there is a shared pattern of microbial change across certain mental health conditions such as across psychosis and schizophrenia, bipolar disorder, anxiety and major depressive disorder.

Over the last century, scientists and clinicians have explored links between gut health and mental health. More and more evidence has pointed to a role for the gut microbiome.

With advances in genetic sequencing technology, labs across the world now have the ability to identify which species of microbe are present in the microbiome and understand what functions those microbes might have.

Changes in the gut microbiome might trigger some of the gastrointestinal problems seen in patients with Parkinson’s disease.

Many people with Parkinson’s disease have gastrointestinal problems that appear several years before the more typical movement-associated symptoms. They may also have inflammation and a ‘leaky’ gut which are signs of an imbalanced gut microbiome.

Researchers from the Quadram Institute did a meta-analysis of the gut microbiome in Parkinson’s disease, which provided the clearest picture to date of the changes associated with the condition.

By re-analysing data from ten different studies, a common pattern of differences in abundance of particular gut bacteria in Parkinson’s disease emerged, suggesting that these alterations in the gut microbiome might trigger some of the gastrointestinal problems seen in patients.

Here at the Quadram Institute we carry out cutting-edge scientific research to learn more about how the microbes living in our gut modulate brain health through life.