In this blog, Jenny Plumb from the Food Databanks National Capability at the Quadram Institute looks at which plants make the best vegan iron sources, and the factors that affect how much of this iron we absorb into the body. And, through her work on the EIT Food PERNUG project, find out how we are exploring ways of boosting the iron content of plants so you can grow biofortified crops in your own home 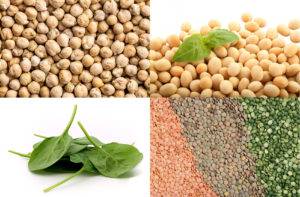 The vegan diet is followed by 1.2% of the UK population, with many more people following a vegetarian or flexitarian diet (eating mostly vegetarian but still having the occasional meat dish). A well-planned vegan diet can contain the nutrients that our bodies need, with both the British Dietetic Association and the American Academy of Nutrition and Dietetics recognising that the diet can be suitable for every age and stage of life. However, there are some nutrients that are harder to get enough of without meat and dairy in our diets, iron being one of them.

Iron is an essential nutrient in our diet, it’s important in making red blood cells, which carry oxygen around the body. A lack of iron can lead to iron deficiency anaemia.

The recommended daily intake of iron is 8.7mg a day both for men over 18, and for women over 50. However, since women lose blood during their monthly period, a level of 14.8mg a day for women aged 19 to 50 is suggested.

Since red meat and sea food are known as good sources of iron, are there any plant based sources of this mineral? To compare vegan iron sources, we delved into our data in our UK food composition tables to see how much iron is in a standard portion of a selection of food plants, naturally high in iron, and, what contribution this would make to meeting the recommended daily intake (Reference Nutrient Intake, RNI). Here is short list, of ingredients that could contribute to over 10% of the iron requirement for a woman aged 19-50. Add more of these ingredients to a meal and your iron intake will increase. A longer list of 50 plants with naturally occurring iron is available at the end of this blog.

(All data from UK composition of foods dataset, except those marked * which are from the Netherlands dataset)

Will we absorb all the iron in our diet?

The simple answer is no, as you can see from the table, there are a variety of sources of iron in the diet, but the bioavailability (amount that is absorbed) is variable and depends on a number of factors.

Haem iron, which is present in meat and offal, is the most bioavailable source, and its absorption is largely unaffected by other dietary components. However, non-haem iron, found in plant foods, is typically absorbed less readily than haem iron, and the rate of absorption is influenced by other constituents in the diet.

The bioavailability of iron is approximately 14% to 18% from mixed diets that include substantial amounts of meat, seafood, and vitamin C (ascorbic acid, which enhances the bioavailability of nonheme iron) and 5% to 12% from vegetarian diets. In addition to ascorbic acid, meat, poultry, and seafood can enhance nonheme iron absorption, whereas phytate (present in grains and beans) and certain polyphenols have the opposite effect. (source: Iron – Health Professional Fact Sheet (nih.gov)

Can we enhance the naturally occurring iron in our vegetables? 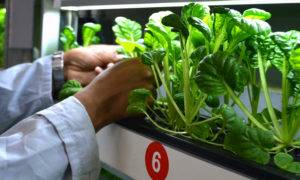 Trials to biofortify crops with iron, making them even better vegan iron sources

Interesting question. That’s what we are currently looking at in our current project PERNUG – PERsonalised NUtrItion through kitchen Gardens (PERNUG) | EIT Food an EIT-Food Innovation Activity which aims to address nutritional deficiencies by increasing access to high nutritional quality plant foods using affordable kitchen vertical garden units. These fridge-freezer sized units for domestically grown fresh produce such as herbs and salads have the capacity to improve nutritional intake of key micronutrients for consumers via biofortification.

Using domestic hydroponic vertical gardens, where consumers can grow produce in their home all year round, it is possible to tailor the specific plant species or variety and to further improve intake of specific micronutrients via biofortification. This process involves supplementing the watering (growing medium) with additional micronutrients, such as iron and vitamin B12, to produce naturally fortified plants ready for consumption.

Together with project partners at KU Leuven and StudioKapp, Quadram Institute scientists are using kitchen garden units, developing personalised seed and growth media collections, and creating tailored recipes to help users incorporate the produce in to dishes and to address dietary needs. This project is underway and we are successfully growing and harvesting a range of green leafy vegetable and imminently we will find out how successful our attempts have been at increasing the iron content. Watch this space! 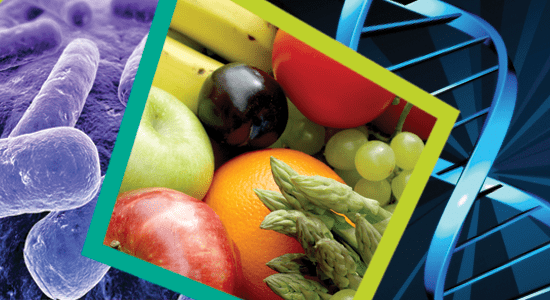 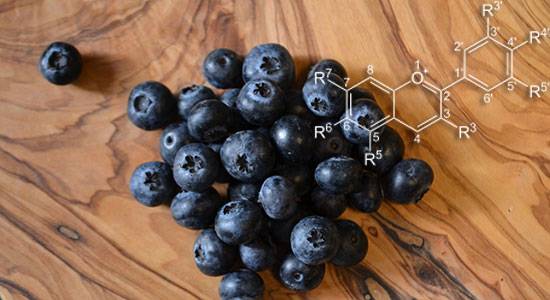