What are cruciferous vegetables and why are they so special?

Have you ever cooked cauliflower or cabbage? Have you ever thought about what that strong and distinctive smell was? Well, that is exactly the sulphur molecules (the glucosinolates) in the cruciferous vegetables that are being broken down. Cruciferous Vegetables, also known as Brassicaceae (Cruciferae), consist of a wide range of vegetables: broccoli, brussels sprouts, cauliflower, cabbage, kale and kohlrabi are all Brassica oleracea cultivars, along with radish (Raphanus sativus), mustard (Sinapis alba), and rapeseed (B. napus) (Mandrich and Caputo, 2020). Like many other vegetables, these are high in vitamins, minerals, and soluble fibre. The special feature of these vegetables, however, is their production of glucosinolates (GSLs), secondary metabolites that the plant produces as a defence mechanism to insects and pests. These glucosinolates are characterised by sulphur atoms, which are responsible for their pungent smell and taste (Fahey et al., 2001). 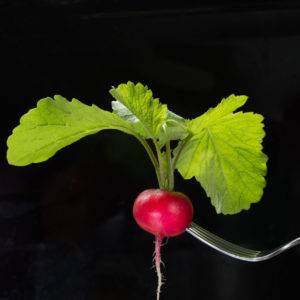 GSLs are chemically inactive since they are very stable within the plant. Therefore, they require to be broken down to the active isothiocyanate (ITCs) by the enzyme myrosinase either through chewing or mild cooking (Herr and Buchler, 2010). It is these ITCs that are currently being investigated for their chemopreventive and potential therapeutic effects. Watch out not to overcook them though!  This would denature the activity of the enzyme myrosinase. Nevertheless, the breakdown of GSLs could still occur in this scenario, provided that specific microbes that possess the myrosinases enzyme are present in the human gastrointestinal tract. Focusing on Broccoli, one of the most abundant GSLs is Glucoraphanin. Glucoraphanin is broken down to Sulforaphane (SF), which has been shown to play an important part in maintaining human health (Traka and Mithen, 2008).

SF was discovered in the early 1990s; since then, a lot of research has been conducted to understand its health benefits, and my area of research focuses on understanding how SF regulates metabolism (Zhang et al., 1992, Houghton, 2019). To date, SF has proven to be the most potent activator of transcription factor (NRF2), which regulates the antioxidant response to suppress inflammation (Houghton et al., 2016). SF in particular, and potentially other isothiocyanates, can increase the levels of glutathione, commonly considered as a “master antioxidant”, in the body (Zhang, 2000).

Ongoing research at the Quadram Institute 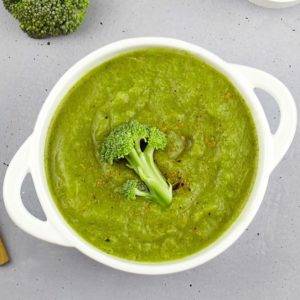 Over the past 15-20 years, the Quadram Institute (formerly known as the Institute of Food Research) has been carrying out vital research addressing how certain foods improve our wellbeing. The aim of some of this basic research is, using both hepatic and prostate cell lines, to underpin the molecular mechanisms of how cruciferous vegetables regulate metabolism. The findings are then validated through human interventions studies. In the last 5-10 years, the Quadram has been carrying out several small-scale human intervention studies in men with an increased risk of developing prostate cancer. These men were recruited and split into two or several groups. The control group received a 300g portion of standard broccoli soup, whilst the intervention group received a 300g portion of broccoli soup with much higher doses of Glucoraphanin, which are currently not available on the market. This broccoli high in Glucoraphanin has been designed to have 2-3 times higher the concentration of GSLs compared to normal broccoli that you would find. 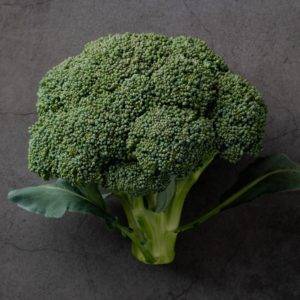 The first study showed that the group consuming the broccoli high in glucoraphanin had an increase in GSTM1 expression. The GSTM1 gene is responsible for the removal of xenobiotics, carcinogens and products of oxidative stress (Traka et al., 2008).  A further study published in 2015 showed that men that consumed a diet rich in high glucoraphanin saw an average six per cent reduction in LDL cholesterol after 12 weeks (Armah et al., 2015). The most recent study published by Maria Traka and her group in 2019, showed that by simply increasing the levels of glucosinolates, the number of genes involved in cancer progression was reduced (Traka et al., 2019). However, these results should be interpreted with caution, since the number of participants in the study was relatively low.

What is the best way to cook cruciferous vegetables? 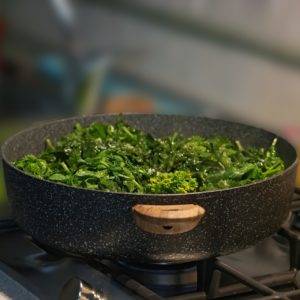 When it comes to cooking cruciferous vegetables, the general rule is to cook them as briefly as possible. Avoid boiling, as that will destroy all the glucosinolates. If you do decide to boil them, try to do it as briefly as possible, and make sure that the vegetable still has some crunch. For example, an Italian recipe includes adding broccoli to a pan with a tablespoon of olive oil, one/two cloves of garlic, just enough water and/or white wine (the latter to enhance the flavour) to prevent the broccoli from sticking, add some spices to season and put the lid on and cook for about 5 minutes. But, that’s just one way- there are so many others! If you are preparing a stew, for example, you can add your chopped broccoli or cauliflower 10 minutes before the stew is ready. Some vegetables such as cabbage and swede may need longer to cook.

So, next time your pass along the fruit and vegetable section of the supermarket, don’t forget to give broccoli, cauliflower or cabbage a try.

FAHEY, J. W., ZALCMANN, A. T. & TALALAY, P. 2001. The chemical diversity and distribution of glucosinolates and isothiocyanates among plants. Phytochemistry, 56, 5-51.

HERR, I. & BUCHLER, M. W. 2010. Dietary constituents of broccoli and other cruciferous vegetables: implications for prevention and therapy of cancer. Cancer Treat Rev, 36, 377-83.

HOUGHTON, C. A. 2019. Sulforaphane: Its “Coming of Age” as a Clinically Relevant Nutraceutical in the Prevention and Treatment of Chronic Disease. Oxid Med Cell Longev, 2019, 2716870.

ZHANG, Y. 2000. Role of glutathione in the accumulation of anticarcinogenic isothiocyanates and their glutathione conjugates by murine hepatoma cells. Carcinogenesis, 21, 1175-1182.