A research collaboration between Prof. Nathalie Juge and her team at the Quadram Institute (QI) and Ludger Ltd, a commercial partner specialising in glycomics and translational medicine, has led to the development of a diagnostic kit for the  detection of those at risk of Maturity Onset Diabetes of the Young type 3 (MODY). MODY is a rare but often damaging form of diabetes that runs strongly in families. Due to its rareness many patients have previously been misdiagnosed or unidentified leading to inappropriate treatment. This novel analytical kit will enable clinicians to make informed intervention choices leading to potential cost savings for the NHS and improved patient wellbeing.

Ludger Ltd., based in Oxfordshire, UK, is an industry leader specialising in glycomics and glycoanalytical technology to support biopharmaceutical realisation and translational medicine. Prof. Juge and her team began working with Dr Daniel Spencer and his R&D team at Ludger through a multi-partner Innovate UK Biocatalyst grant Glycoenzymes for Bioindustries (BB/M029042/), coordinated by Manchester University where they identified and characterised novel glycoenzymes that could be applied to diagnostic tests of MODY.

There are four types of MODY, the most common one, which is responsible for up to 70% of cases, is caused by an autosomal-dominant mutation in the single gene, HNF1A[i]. HNF1A-MODY is characterised by defects in insulin secretion and onset of hyperglycemia in the 2nd-4th decade of life. A correct diagnosis is a key factor for optimal disease management, as early stages of HNF1A-MODY can be effectively controlled with orally administered drugs.

Genome-wide association studies (GWAS) showed that damaging loss-of-function variants in the HNF1A gene lead to downregulation of fucosyltransferases that perform the α1-3 and α1-4 fucosylation of glycans. Earlier studies proposed that decreased α1-3 and α1-4 fucosylation of N-glycans (antennary fucosylation) from blood plasma proteins can be used as a differentiating biomarker for HNF1A-MODY[ii],[iii]. However, analysis of antennary fucosylation in plasma is technically challenging and requires lengthy and specialised instrumentation and expertise.

Through this collaboration, the Juge Group identified a fucosidase (E1_10125) with strict substrate specificity towards α1,3/4 fucosylated linkages[iv] that could be applied to facilitate analysis of antennary fucosylation as a biomarker of HNF1A-MODY.

A post-doctoral researcher from the Quadram Institute undertook a placement at Ludger Ltd., where they extensively characterised the function of a range of fucosidases on glyconconjugates.  The novel fucosidase E1_10125 is characterised by the ability to remove fucose residues from glycoconjugates present in blood plasmaiii and [v]. Importantly, E1_10125 is capable of removing antennary fucose residues from N-glycans terminated with sialic acids, which is an advantage over commercially available α1-3,4-specific fucosidases where an additional step of sialidase treatment of the glycoproteins is required.

This collaboration then led to the development of a method based on liquid chromatography (LC) which showed excellent interlaboratory performance of the N-glycan biomarker for HNF1A-MODYv. However, the applicability of LC-based methods in clinical practice is limited due to their low throughput capacity, a lack of robustness and high equipment-related costs. Therefore, taking advantage of the specificity of the fucosidase, the team next developed an exoglycosidase plate-based assay which enables high-throughput measurements of levels of fucose residues that are attached via α1-3 and α1-4 linkages to glycoconjugates present in blood plasma[vi]. The assay has been optimised and its performance validated on 1000 clinical blood plasma samples from individuals with young-adult onset diabetes, including groups of individuals with different variants in the HNF1A gene. The differentiating power of α1-3,4 fucosylation levels is comparable to previous testing antennary fucosylated N-glycans as a biomarker for HNF1A-MODY using LC methods.

“The collaboration with Daniel Spencer and his team at Ludger Ltd has been instrumental to exploit the potential of the new glycoenzymes identified and characterised in this collaborative project. I am delighted for our fundamental research to be translated into a diagnosis kit that would ultimately benefit the well-being of patients.” Professor Nathalie Juge, QI.

MODY is a rare form of diabetes which is different from both type 1 and type 2 diabetes and runs strongly in families. Only 1-2% of people with diabetes (20-40,000 people) in the UK are reported to have it[vii]. There has been a substantial increase in the cost of managing diabetes over the past 30 years[viii]. Cost are likely to continue to rise in the future as the prevalence of diabetes increases through greater identification and management of patients in the hope of reducing even more costly complications. It has been reported that in 2018 each person in the UK who take insulin for type 1 diabetes had a burden of cost to the NHS of £135[ix] a year, with a single vial of insulin costing approximately £15.68. Although this may seem like a small amount, purely as an illustration, 20,000 people with MODY diabetes who should not be taking it would represent an additional burden of £2,700,000 a year in drug cost alone. Sulphonylureas based treatments in 2013 were reported to cost £4-6 a month[x] (<£72 a year), representing a potential cost saving of approximately 50%.

The kit developed by Ludger can be used in non-specialist hospital labs at a retail cost of £130. In the UK testing for MODY diabetes is currently carried out using genetic sequencing capture assay methods at the Exeter Molecular Genetics Laboratory, costs £630 for NHS referrals (£813 for direct purchase) and takes up to three weeks. In the USA, genetic testing for MODY has led to additional quality of life years at $50,000 (£37,913) each year[xi].  However, due to the cost and unavailability of genetic testing in many countries, many patients worldwide remain misdiagnosed or unidentified. Importantly, misdiagnosis often results in patients being referred to an inappropriate course of treatment. In addition, due to the autosomal dominant inheritance pattern of HNF1A-MODY, a correct diagnosis helps identify other family members affected by this disorder and who would benefit from early diagnosis.

The team have been sharing their new knowledge with clinical staff at the Norfolk and Norwich University Hospital (NNUH) and have published in open access journals. The following manuscripts have received academic attention and created discussion.

Next step: a more in-depth understanding of inflammatory events that have a potential influence on the biomarker’s performance is needed.

Ludger and QIB entered into an exclusive licence on 1st January 2021 to commercialise enzymes and analytical kits sold. The resulting royalty payments have already begun to generate a revenue stream for QIB.

“Our partnership with Prof Nathalie Juge and the QIB made this cost effective HNF1A-MODY pre-screening technology possible. Their enthusiasm and specialism in screening, isolating, and identifying exoglycosidases from gut bacteria coupled with our ability to extensively characterise plasma glycans in patient cohorts and create simplified analytical assays has been an excellent demonstration of co-operative translation of the specialist glycomics field into a meaningful clinical test.” Dr Daniel Spencer, Ludger.

In conclusion, glycan biomarkers have great potential as tools to distinguish between healthy and diseased individuals. A large number of diseases including cancer and diabetes have been associated with changes in glycosylation profiles, which could be obtained through non- or minimally invasive analyses of body fluids and tissue samples. However, the expertise and high-end instrumentation that is required to detect these, often subtle, glycosylation changes are major obstacles in translation of novel glycan-based markers into clinical application. Moreover, the majority of diseases are the consequence of complex changes, for which combined diagnostic biomarkers are required. However, HNF1-A MODY is a disease for which a biomarker based solely on a glycosylation feature is sufficient to classify patients. This work enables division of cases with pathogenic mutations in the HNF1-A gene and those with benign or variants of unknown significance, which can potentially inform knowledge of risk and intervention choice, which can lead to cost savings for the NHS and improved patient wellbeing. 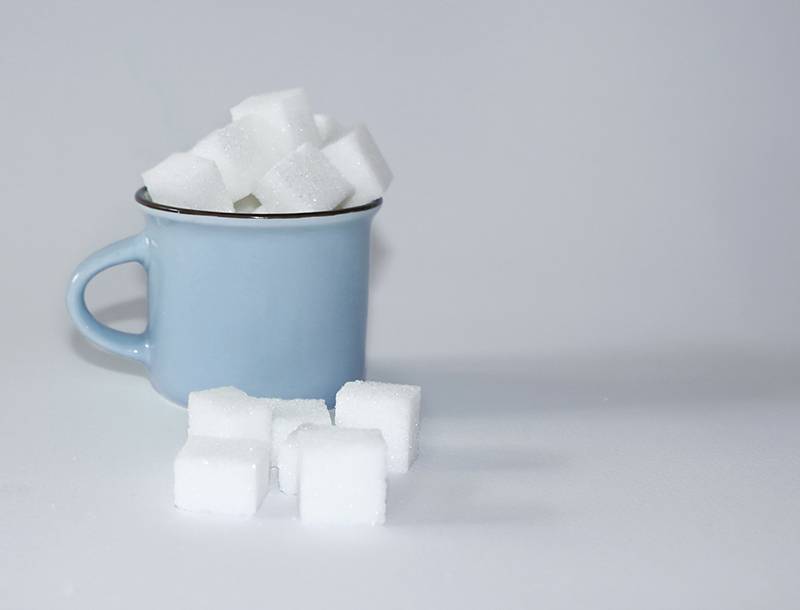