A collaboration between scientists and engineers from the Quadram Institute, the John Innes Centre, the Earlham Institute and Aarhus University has led to a capacity-building innovation that enables budget-limited crop researchers and breeders globally to select new crop varieties more rapidly as part of their research supporting national and international nutrition targets. The team have developed a novel design for a speed-breeding cabinet that can be constructed using readily-available, low-cost materials, and is freely available (open-source) to anyone with access to an internet-capable device.

If you wish to download an information pack, please see: https://github.com/GrowCab/SpeedSeed3/wiki

Plant breeding is a continual process of improving crop varieties to meet market demands and the requirements of a changing environment. While it is essential for achieving global food security, it is a slow process, limited by the often long growing times of most crop plants. Recently, the potential for this process to be accelerated by a method called ‘speed breeding’ has been demonstrated. The new method, was developed as a tool by researchers at the John Innes Centre and the University of Queensland, and involves the use of extended photoperiod and high light levels to accelerate plant development in key crop species like wheat, barley, chickpea, pea and oilseed rape. While this method is simple and easy to achieve, it requires expensive plant growth room facilities putting it out of the reach of underserved plant breeding and research institutions.

“A group of us with an interest in ‘do-it-yourself’ projects were attracted to the prospect of developing a low-cost convenient way of growing plants on the bench in the lab. Commercial growth chambers can be quite large and expensive, and of course there are large glasshouses, but we were also interested in the practicality of cabinets for small-scale experiments. Thanks to the multidisciplinary team we put together, this project has grown beyond our dreams.” Dr Oscar Gonzalez, Researcher, Quadram Institute.

Motivated by the aim to democratise speed breeding, early-career researchers Dr Oscar Gonzalez-Navarro (QIB), Dr Ricardo H. Ramirez-Gonzalez (JIC), Sreya Ghosh (JIC), Luis Yanes (EI) and Dr Marcela Mendoza-Suarez (Aarhus University) created a bench-top controlled environment growth chamber for speed-breeding crop plants and named it ‘GrowCab’. Their design is more affordable than other commercial options and comes with free instructions that enable users to customise how they use the equipment and the associated software. GrowCab enables speed breeding by emulating the environmental conditions typically required for acceleration of plant development for certain plant species – long photoperiods and high-quality LED lighting, with temperature and humidity ranges previously shown suitable for speed breeding of wheat and a handful of other crops.

There are limitations to the speed breeding method – plants are smaller and somewhat stressed, but this is vastly outweighed by the ability to accelerate vital research. In the UK, wheat takes approximately 6-10 months to grow in a field and 4-6 months in a glasshouse. With speed breeding, however, spring wheat varieties can be grown and harvested in just 2-3 months. Thus, GrowCab provides researchers with the option of growing up to six generations of wheat in a year in a bench-top sized container, compared with only 2-3 generations using traditional glasshouses. 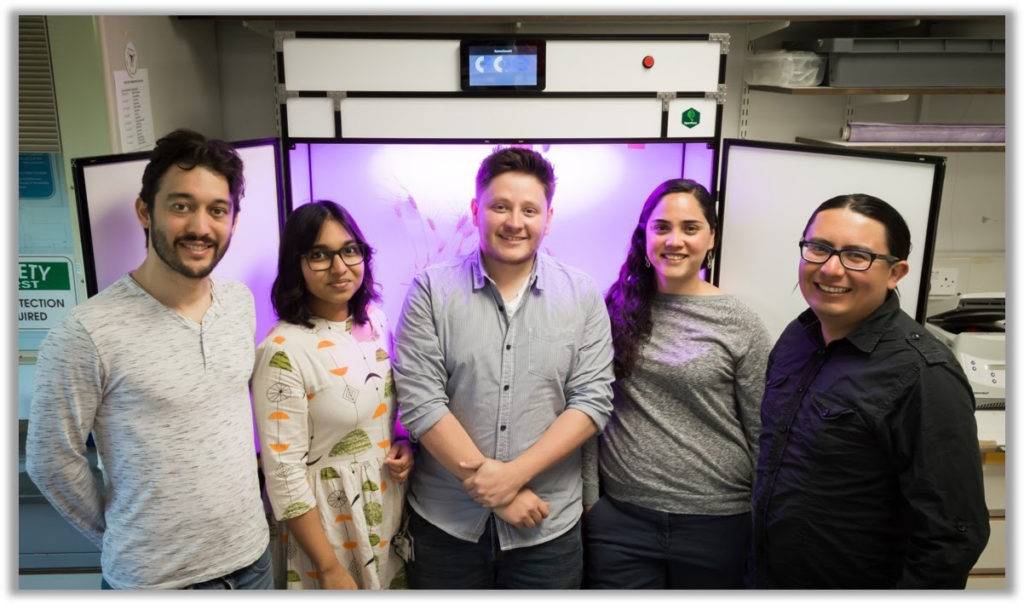 GrowCab gives scientists more opportunities to enable the breeding of disease- and climate-resilient, nutritious crops that will feed a growing global population. By shortening breeding cycles, scientists and plant breeders can fast-track genetic improvements such as yield gain, disease resistance and climate resilience in a range of crops (e.g. wheat, barley, oilseed rape and pea). Being able to achieve this in a compact benchtop chamber enables affordable, cutting-edge research on a range of crops to take place before experiments are scaled up to the glasshouse and field.

“Our software is publicly available, so anyone wanting to build a growth chamber can use it and adapt it. It was fantastic to work on a project involving researchers from three institutes on the Norwich Research Park as we learned from each other the whole way along. It shows how a little bit of funding in the right hands can have a big impact.” Luis Yanes, Senior software developer, EI.

GrowCab has received a lot of attention since its appearance in the peer-reviewed publication Nature Protocols, where the authors demonstrated its capability to provide an effective environment for speed-breeding wheat and pea plants. Data on the academic reach of this article shows that it has been accessed more than 12,000 times, been cited 63 times and occurs in Web of Science 45 times. Its altmetric score was 492 on 10th February 2021, when it had also been mentioned in 754 Tweets, 30 news outlets, 297 Mendeley references, two blogs, three videos and nine Facebook pages. This score ranks the article as 792/268,343 compared with all other journal articles of a similar age and, as such, shows tremendous reach and popularity.

The work has also received interest from resource-strapped researchers. Amongst them was Dr Oluwaseyi Shorinola, who went on to organise and host a workshop in Kenya in collaboration with the team to deliver local training on building these cabinets. In low-resource labs, GrowCab is an attractive option; the cost of building and setting up a controlled environment using commercial partners can be prohibitively expensive.

Representatives from the Consultative Group for International Agricultural Research (CGIAR) Institutes, including the International Centre for Agricultural Research in the Dry Areas (ICARDA), the International Maize and Wheat Improvement Centre (CIMMYT) and the International Crops Research Institute for the Semi-Arid Tropics (ICRISAT), are investing in the establishment of speed-breeding facilities and have expressed an interest in GrowCab as an option for smaller, mobile setups. This recognition resulted in an opportunity for the GrowCab team to conduct a training course at the Borlaug Global Rust Initiative workshop in Norwich in June 2020; sadly, this was cancelled due to the Covid-19 pandemic.

The team have also received enquiries from non-research-based organisations, gardeners and farmers, illustrating the translational possibilities of the technology.

The Kirkhouse Charity Trust foundation expressed an interest in working with the GrowCab team to set up some of these cabinets to enable year-round breeding studies on the orphan crop, cowpea. Orphan crops are those crops that can be locally very important but are not as well recognised and traded internationally as global staples such as wheat, rice, soybean or maize. For this reason, they also receive less research attention. Orphan crops include grass pea, pigeon pea, cowpea, yam and millet. Diversifying global food sources with orphan crops could be a vital tool in combating food security concerns. The African Orphan Crops Consortium is raising the profile of these species, accelerating research activities on plant growth and development in support of the nutrition targets in the United Nations 2030 Sustainable Development Agenda. To be competitive, attributes of orphan crops need improvement through breeding, particularly with respect to pest, disease and drought resistance. Using GrowCab, researchers in resource-poor areas have the opportunity to make the necessary studies to improve varieties for use in local agriculture and provide food security; the cost of previous commercial alternatives would have been prohibitive.

Additionally, the Court of Justice of the European Union has ruled that crops improved using modern gene-editing techniques should be classed as Genetically Modified (GM) organisms (carefully regulated). For this reason, European crop research and breeding may become more dependent on speed breeding because it allows researchers to rapidly mobilise the genetic variation found in crop germplasm banks and introduce it into elite varieties already grown by farmers, via a non-GM route.

The potential of GrowCab was recognised when its founding team (led by QI’s Oscar Gonzalez) were shortlisted in the BBSRC Innovator of the Year Award finals of 2019, where they presented the cabinet to visiting MPs, policymakers, members of BBSRC and fellow finalists at the event. More recently, in early 2020, the GrowCab team had the opportunity to take part in ‘Thought for Food’, a global next-generation Agri-Food innovation network, where they received support and mentorship to be more business-ready. GrowCab also won the TFF X Beta.Space Space Colonisation prize, which was awarded through ‘Thought for Food’ and ‘Beta.Space’ to recognize technologies with a potential role for space colonisation.

By making speed breeding more accessible, GrowCab has the potential to accelerate innovation and impact in crop research linked to combating malnutrition and food security. It is also improving research capacity in low-income areas. With feedback from interested users and collaborators, the GrowCab team are continuously improving the design and producing new prototypes with the capacity for running broader temperature ranges and better fail safes. The team aims to establish a social enterprise providing ‘made-to-order’ kits for growth cabinets of varying sizes, re-investing profits into providing access to new technologies for underserved breeders and researchers.

This work was funded by a BBSRC/EPSRC OpenPlant grant in 2017. 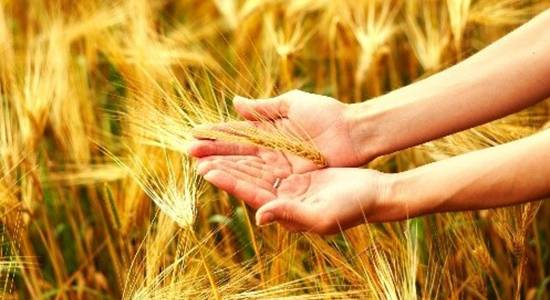 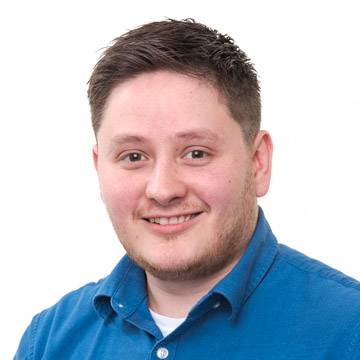