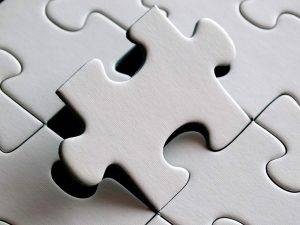 A powerful new way of analysing how drugs interact with molecules in the body could aid the design of better treatments with fewer side-effects.

Most pharmaceuticals work by binding to a small site on the large proteins they target, causing the protein to change shape and so also its activity.

To find drugs that act specifically against a protein without also binding to others that are similar – and so causing side effects – it is important to understand this binding site in detail. Many current techniques can only provide partial information, giving details about which parts of the drug itself are important and, in some cases, the overall structure of the protein.

Researchers at the University of East Anglia and the Quadram Institute have now developed a new approach that can  reveal the other side of the jigsaw puzzle – which parts of the protein interact with the drug. It adapts a technique known as ligand-based Nuclear Magnetic Resonance (NMR) spectroscopy to reveal which amino acids in the protein are involved in binding to the drug.

They were able to do this by examining the drug and without having to label the protein, as is required in some other methods.

“Designing novel drugs is a bit like finding the proper piece that fits into a jigsaw puzzle,” said Dr Jesus Angulo, a senior lecturer at the University of East Anglia’s school of pharmacy who led the research. “It is not just the shape but also graphical content on the piece that must match the surrounding picture.

“Our novel approach allows us to now find the exact piece that matches the complementary shape and graphical content in a protein binding site.”

The new NMR technique, which is called DEEP-STD NMR, is described in the journal Angewandte Chemie.

It is based on an existing NMR technique used to study drug-protein interactions called STD-NMR. This works by exciting all of the amino acids in a protein by irradiating them.

It is then possible to look for where this excited state is transferred to chemical sites on the drug when it binds to it. This approach is similar to covering the protein with paint and then pressing the drug against it to see which parts get stained.

But Dr Angulo and his colleagues, whose work was funded by the BBSRC, found it is possible to irradiate the protein with different frequencies to excite different types of amino acid.

This allowed them to unpick which amino acids in the protein’s binding site are directly in contact with the drug from the “paint marks” they leave behind.

This means they only have to look at the drug to work out the important parts of the protein that are being targetted. They were able to get further information about the amino acids involved by using a combination of deuterium oxide, or heavy water, and normal water as a solvent.

The team, which included Dr Nathalie Juge’s research group at the Quadram Institute, demonstrated their method on two well-studied proteins – an enzyme called intramolecular trans-sialidase, which is produced by a bacterium found in the human gut, and a subunit of the Cholera Toxin.

“This will allow them to determine what are the best chemical requirements for a drug to interact specifically with a given protein receptor. This could to lead to stronger and more selective drug candidates, while lower amounts would be needed to trigger the desired effect.”