What are clinical trials? What are some of the trials that Norwich scientists have been involved in? What are the challenges involved and why is volunteer participation in clinical trials so vitally important? As part of the 2020 Norwich Science Festival, the Quadram Institute has organised a panel discussion involving those actively involved in getting science out of the lab and into practice. 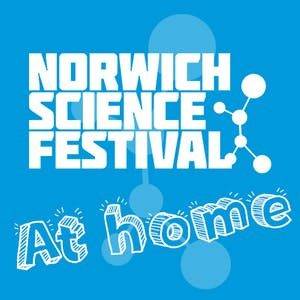 For a full list of events at the Norwich Science Festival, see norwichsciencefestival.co.uk/

The event will be hosted via YouTube – why not set a reminder now so you don’t miss out? https://youtu.be/ZdD0SgHQVCk

On the panel will be:

Dr Polly Ashford (University of East Anglia) is a senior trials manager at Norwich Clinical Trials Unit. With a background in antibiotics and organic chemistry, and scientific publishing, she now oversees trials in primary care and mental health services and has a particular interest in the use of routinely collected health data for research.

Matt Hammond (University of East Anglia) has over 15 years’ experience in the design and delivery of clinical trials. In his current role as Deputy Director of the Norwich Clinical Trials Unit, he oversees a wide portfolio of clinical research projects including drug, medical device and other interventional clinical trials. 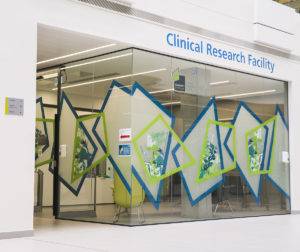 Sarah Phillips has been involved in a range of human studies at the Quadram Institute. Currently coordinating and managing two large, longitudinal human studies (the MOTION study and the PEARL study) in the Gut Health and Microbes division; which look at how the gut microbiome is linked to health at particular times throughout our lives, such as during pregnancy and early life, and during ageing.

Prof. Carl Philpott is Professor of Rhinology & Olfactology at the University of East Anglia (UEA) and Honorary Consultant Rhinologist in the Norfolk & Waveney Ear Nose and Throat Service. He is currently the Chief Investigator of the NIHR funded MACRO trial which was shaped by patient involvement in the trial design. As trustee and director of research and medical affairs for the charity Fifth Sense, he has worked with patients to provide a continued platform for public and patient engagement with research and now leads the James Lind Alliance Priority Setting Partnership for Smell & Taste Disorders.

Dr Rachael Stanley is the Biorepository (Tissue Bank) Manager at the NNUH. Rachael has an academic background in musculoskeletal science and microscopy and now oversees the day to day running of the Biorepository, supporting and advising researchers, scientists and clinicians on the use of human tissue and data in research.

Andrew Stronach (Quadram Institute) is Head of External Relations and Engagement at the Quadram. Originally trained as a journalist and worked as a health correspondent, he has previously worked in public relations for the University of East Anglia, Norfolk and Norwich University Hospital, Virgin Money and Aviva. He has also been a participant in a number of clinical trials on the Norwich Research Park.

Nancy Teng is a second year PhD student at the Quadram Institute under the supervision of Dr. Lindsay Hall and Dr. Stephen Robinson. Before coming to the Quadram Institute she completed a MSc Immunology of Infectious Disease at the London School of Hygiene and Tropical Medicine. Prior to this, she graduated from University of East Anglia having studied BSc Biomedicine. Currently Nancy is working on her PhD project, a.k.a. the BEAM study which looks into exploring how the gut microbiota may be involved in breast health and disease.