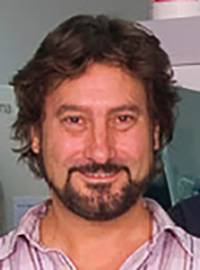 Abstract:
The gut microbiota has an essential metabolic function, providing the host with essential nutrients and vitamins and aiding in the extraction of energy and nutrients, such as short-chain fatty acids (SCFA) and amino acids, from food. In addition to these primary metabolites, there are thousands of others that may impact health, of which a few specific ones have been identified that impact on systems including the nervous, cardiovascular, metabolic and barrier function.

How are these metabolites recognised by the body? The first point of contact is the gut epithelium, in which enteroendocrine cells (EEC) of several types possess receptors for metabolites (SCFAR) and for bacterial cell fragments (toll-like receptors). Moreover, some bacteria secrete vesicles that may carry payload into epithelial cells whereupon they can affect cell metabolism. We are determining how a range of microbe-associated molecules interact, individually and together, with EEC in mice and humans. Some effects of microbiota on behaviour depend on intact extrinsic innervation of the gut, which means signals are initiated peripherally rather than via circulation.

We are investigating how microbe-associated molecules directly or indirectly (via EEC) initiate activation of sensory nerves in the gut. Changes in microbial colonisation have major effects on the cellular makeup of the epithelium. We have evidence that EEC and sensory nerve function and distribution is dramatically altered in germ-free animals, and we are looking at how this may be reversed by recolonisation, besides investigating the effects of depletion with antibiotics. Thus we are building a picture of microbial sensing in a dynamic environment.

Biography:
Professor L Ashley Blackshaw, PhD, holds the first Chair of Enteric Neuroscience at Barts and the London School of Medicine and Dentistry, Queen Mary University of London. Previously, he received his Bachelor of Science degree with honours in physiology, as well as his PhD, at the University of Sheffield, and worked at the University of Adelaide, Australia.

Ashley has led a number of fundamental studies on gastrointestinal sensory mechanisms in human and animal tissue. His work has identified new classes of sensory neurons and demonstrated important therapeutic roles for receptors on these neurons. His recent work is targeted to understand interactions of sensory neurons with enteroendocrine and immune systems.

Ashley has authored more than 150 original articles appearing in Gastroenterology, Gut, Journal of Neuroscience, Pain among others, and he serves on the editorial boards of 7 journals including Gut, Neurogastroenterology and Motility, American Journal of Physiology, Current Opinion in Pharmacology and Autonomic Neuroscience.

All staff from organisations on the Research Park are welcome.