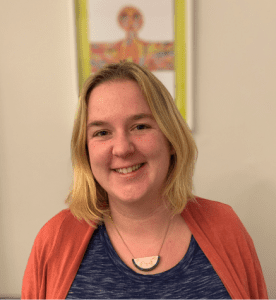 Abstract:  The Lowe lab is interested in understanding glycan breakdown pathways utilised by gut bacteria. Bacteroides spp. are highly represented in the human gut and these bacteria derive the majority of their nutrients from complex polysaccharides that the host is unable to break down. Sources of polysaccharides in the gut can be dietary (plant and meat), endogenous host glycans, or those produced by the other members of the microbiota, both bacterial and fungal. Individual Bacteroides genomes often encode hundreds of carbohydrate active enzymes that enable them to use a huge variety of polysaccharides. This expansion of hydrolytic enzymes allows Bacteroides spp. to degrade complex and unusual glycan structures, such as Candida albicans cell wall mannan, and arabinogalactan from Mycobacterium species.

We take a biochemical and microbiological approach to understand the enzymology and physiology of Bacteroides species and to characterise their degradative pathways, focussing on immunogenic microbial glycans in the gut.

Biography:  Lis Lowe did her PhD at the University of Exeter, studying electron transport pathways in selenate respiring bacteria. She moved to Newcastle in 2008 and did post-docs with Dr Dave Bolam and Prof Harry Gilbert, where she was converted to a carbohydrate enthusiast after working on glycan sensing and degradation mechanisms. She started her own lab as a Newcastle University Research Fellow in 2017, studying bacterial glycan metabolism in the gut, particularly focussed on glycans from commensal and pathogenic fungi.