A new systemic analysis of the complex molecular interactions between bacteria and our own cells has mapped out an arms race that may provide clues to what makes bacteria successful invaders.

The analysis focused on autophagy, which is a vital process in the defence against pathogenic microbes. On detecting an infection, our immune response triggers the release of many different molecules and signals that drive the encapsulation of the invasive microbe and its eventual destruction.

However, some bacteria have evolved ways to evade or block autophagy. Certain pathogens including Salmonella, Shigella and Helicobacter have even developed ways of subverting or hijacking the process of autophagy to aid their own survival and infection strategies.

Impaired autophagy is implicated in a number of inflammatory conditions (such as Crohn’s disease), and an increased vulnerability to infections, so understanding the extent to which bacteria can modulate autophagy and the molecules and mechanisms used to achieve this have been of interest to researchers.

To help get a better understanding of the interactions between autophagy and bacteria, scientists from the Quadram Institute (QI) and the Earlham Institute (EI) on the Norwich Research Park and the University of Warwick conducted a systematic analysis to predict which bacterial proteins are targeted by autophagy, by identifying characteristic motifs that would be recognised by autophagy proteins. In the study, which was funded by the Biotechnology and Biological Sciences Research Council, they also identified bacterial proteins that had the potential to affect autophagy processes in host cells, by analysing their structures to predict those that could interact. 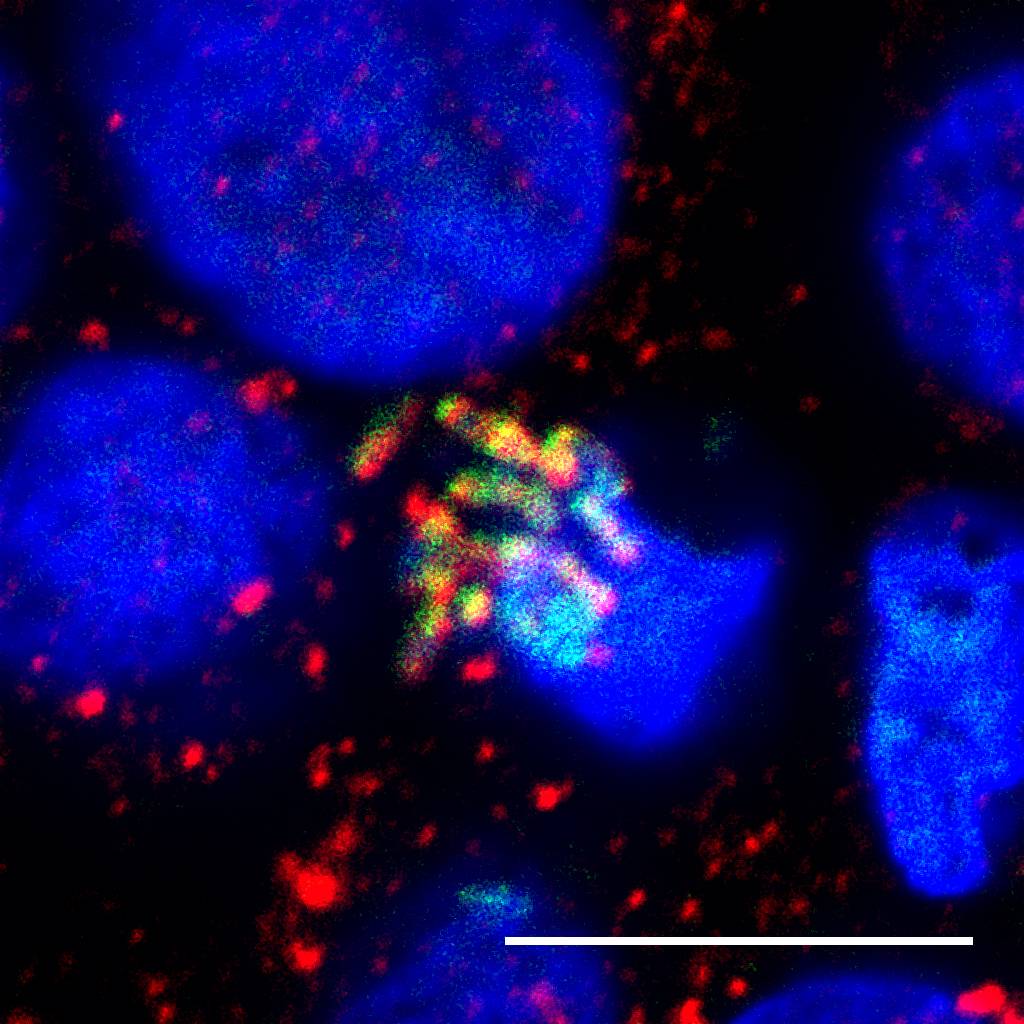 Led by Dr Tamás Korcsmáros, a research leader at QI & EI, the scientists found that rather than identifying anything common to all bacteria, different host autophagy proteins were probably targeting different sets of bacterial proteins from each pathogen. This suggests that autophagy has evolved to combat specific threats from different bacterial pathogens by targeting processes that are important to the bacteria’s invasion strategy. For example, one autophagy protein appears to target a specific virulence factor only found in Staphylococcus aureus strains.

This specificity increases the overall defence mechanism by increasing the overall breadth of organisms under surveillance. But it does also expose a risk. Although there are often multiple autophagy proteins targeting a pathogen, the host can become susceptible if the genes encoding those proteins are mutated, or if the autophagy system itself fails. Mutations in autophagy genes have previously been associated with conditions including Crohn’s disease, Paget’s disease and amytrophic lateral sclerosis (ALS), and these conditions are also associated with an increased vulnerability to infections.

This analysis has given the first systematic overview of how autophagy has evolved to combat pathogens, but the research team also looked at how pathogens have adapted to fight back. Analysing which bacterial proteins could potentially modulate autophagy showed that different types of bacteria were acting against different phases in the autophagy process. The analysis indicated Bacillus bacteria tended to act against the early phases, which agrees with previous experimental evidence. Mycobacterial species, which were known to be associated with impairing autophagy, appear to have an ability to block a specific stage later in autophagy, which might give some clue to how they have an effect. The group validated experimentally one of the suspects of this complex interplay: a specific protein from Salmonella that targets multiple autophagy proteins to cleave them, while this pathogenic protein is also a prominent autophagy target for degradation.

The co-evolution between autophagy defences and the pathogenic bacteria that target it was highlighted by the researchers identifying a subset of bacterial proteins that could potentially modulate autophagy were also targeted by autophagy proteins themselves.

“In this evolutionary arms race, autophagy strikes back” said Dr Korcsmáros. “our systems-level analysis has highlighted the complex interplay between host autophagy and bacteria and we hope that this will inspire future experiments to unpick exactly how autophagy protects against pathogen invasion, and importantly could give us new targets to block pathogens that can overcome it.”