Research published in PLOS Pathogens reveals how viruses called bacteriophages destroy the bacterium Clostridium difficile (C. diff), which is becoming a serious problem in hospitals and healthcare institutes, due to its resistance to antibiotics. The study, by scientists at the European Molecular Biology Laboratory (EMBL) in Hamburg, Germany, and the Institute of Food Research could help bring about a new way of fighting this and other bacteria.

“Our findings will help us to engineer effective, specific bacteriophages, not just for C. diff infections, but for a wide range of bacteria related to human health, agriculture and the food industry,” says Rob Meijers from EMBL, who led the work.

Arjan Narbad’s lab at the Institute of Food Research, which is strategically funded by the Biotechnology and Biological Sciences Research Council, tested how engineering mutations in the endolysins affected their ability to tear down the bacterial cell wall.

The work was performed in collaboration with C. diff infections, which can be fatal, are currently very difficult to treat, as the bacterium is particularly unresponsive to many antibiotics. A possible solution would be not to use antibiotics, but instead employ bacteriophages – viruses which infect only bacteria. Scientists know that these viruses hijack a bacterium’s DNA-reading machinery and use it to create many new bacteriophages. These then start demolishing the bacterium’s cell wall. Once its wall begins to break down, the bacterial cell can no longer withstand its own internal pressure and explodes. The newly formed viruses burst out to find new hosts and the bacterium is destroyed in the process.

To harness the power of bacteriophages and develop effective therapies against bacteria like C.diff, scientists need to know exactly how these viruses destroy bacterial cell walls. The viruses’ demolition machines, endolysins, are known, but just how these enzymes are activated was unclear – until now.

“These enzymes appear to switch from a tense, elongated shape, where a pair of endolysins are joined together, to a relaxed state where the two endolysins lie side-by-side,” explains Matthew Dunne who carried out the work. “The switch from one conformation to the other releases the active enzyme, which then begins to degrade the cell wall.”

Meijers and collaborators discovered the switch from ‘standby’ to ‘demolition’ mode by determining endolysins’ 3-dimensional structure, using X-ray crystallography and small angle X-ray scattering (SAXS) at the Deutsches Elektronen-Synchrotron (DESY). They compared the structures of endolysins from two different bacteriophages, which target different kinds of Clostridium bacteria: one infects C. diff, the other destroys a Clostridium species that causes defects in fermenting cheese.

Remarkably, the scientists found that the two endolysins share this common activation mechanism, despite being taken from different species of Clostridium. This, the team concludes, is an indicator that the switch between tense and relaxed enzymes is likely a widespread tactic, and could therefore be used to turn other viruses into allies in the fight against other antibiotic-resistant bacteria.

“Gaining insights into the mode of action of phage endolysins will help us to design improved phage derived therapies that are urgently needed to address the current problem of antibiotic resistant bacteria” commented Arjan Narbad.

The analysed endolysins are activated by switching from a tensed, stretched state (left) to a relaxed state (right). Credit: EMBL/Rob Meijers 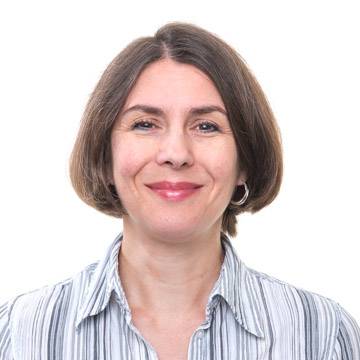