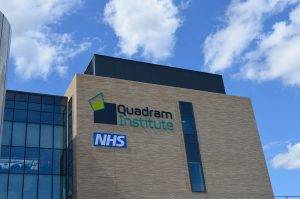 The Quadram Institute (QI) is the latest centre of excellence to be opened on the Norwich Research Park. It brings together clinicians from the Gastroenterology Department of the Norfolk and Norwich University Hospital (NNUH) with scientists from Quadram Institute Bioscience (QIB) offering the opportunity to study the relationship between food science, gut biology and health.

Early in January around 50 clinicians and scientists came together in the first of a series of informal meetings to discuss networking, and future clinical and scientific opportunities.

Professor Charles said, “We have at Quadram Institute immense clinical and research strengths supported by state-of-the-art technologies. Initiatives such as the biorepository for patient sample collection and a clinical research facility offer us the opportunity to make Norwich a hub for gut health and nutrition.”

Professor Feast illustrated the point by noting that “If the people at the meeting with their combined strengths in gut health and food innovation were presented to venture capitalists, then QI would be seen as one of the highest potential gut and health start-ups ever seen.”

Professor Denton was keen to highlight the growing strengths of the UEA’s Norwich Medical School. She said, “Quadram Institute is home to one of the largest endoscopy units in Europe and we know that our patients are motivated and interested in participating in clinical research that will benefit the UK and global population. What we have is a massive opportunity to lead the way in how clinicians, scientists and patients can work together to solve some of society’s most pressing health problems.”

The work of the Quadram Institute aligns with the UK government’s Industrial Strategy, which is aimed at “Building a Britain fit for the future”. One of strategy’s ‘Grand Challenges’ is “Healthy Ageing” and this is a key focus for the Quadram Institute. It aims to employ high-tech food innovation and cutting-edge sequencing and bioinformatics approaches to the development of personalised nutrition and medicine.

The networking event, the first of many, was considered a great success. Bhaskar Kumar, Consultant Oesophagogastric Surgeon who was one of the attendees said, “I think it’s fair to say that [this event] was a milestone for our organisation. We had juniors from our gastrointestinal department who are now enthused to explore research options.”

Professor Charles wrapped up the event noting that, “We have a great opportunity at the Quadram Institute for clinicians and scientists to work together and support each other and turn research and innovation into positive patient outcomes.” 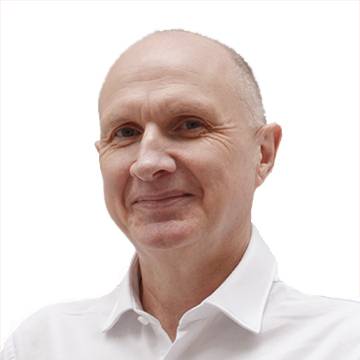