How food researchers do what we do

Many diseases are preventable and diet can play an important part in preventing them. Providing dietary advice that can help people live longer and reduce the burden on the NHS requires accurate and specific information. Professor Richard Mithen and Dr Maria Traka have published a review in The Plant Cell journal of the different ways evidence for health benefits of food and food components is gathered. In particular, they have examined the types of evidence used to show the effects plant-derived dietary components have on reducing the effects of chronic disease, such as cancer and cardiovascular disease.

The types of evidence used in these studies can be generally classified as one of three types:

Epidemiological studies are usually either retrospective, and require people to recall dietary habits, or follow a cohort of people over a period of time to assess their dietary intake, usually via food frequency questionnaires.

Retrospective or ‘case-control’ studies typically take a group of people with a certain disease and compare their diets with a control group without the disease. Much of the research behind widespread advice to eat more fruit and vegetables is based on studies of this type.  However, these studies can only provide information about relative risk, and selection of the control group is very difficult. Ideally, the control group should be identical to the group with the disease but consumption of a diet rich in fruit and vegetables also correlates with other (positive) aspects of lifestyle or socioeconomic status.

Cohort studies are usually much larger, following the diet and lifestyle habits of thousands, sometimes hundreds of thousands of people. In general these have supported evidence from case-control studies on the protective role of fruit and vegetables in reducing CVD risk, although the evidence is less strong for overall cancer risk, but equally supportive in specific cancers. The authors of the review make the point that cohort studies can, to the public, provide conflicting results. The differing ways studies take into consideration other well-known risk factors, such as smoking, highlight the difficulties in interpreting epidemiological studies.

Epidemiological studies can suggest potential relationships between diet and health in populations, but provide no information about how these relationships occur. To study the activity of dietary compounds, researchers can use cell or animal models to see what affect an isolated compound, plant-extract or whole food has on different tissues.

Researchers have access to thousands of different types of immortalised and primary cells, which are held in central tissue culture collections. Cells of a particular type can be chosen and cultured to provide a cell model system, relatively simply and cheaply, without the ethical and regulatory issues associated with animal and human studies. Cells derived from a single tissue type are genetically identical, which makes studies reproducible. Their genetics can also be altered to probe specific interactions between food and genes.

Cells lines derived from cancerous tissues can be used to study how a particular food or food component affects these cells, perhaps to demonstrate how effects seen in epidemiological studies work at the cellular level. Cells derived from other tissues, such as the gut, can be used to assess how a particular food component may be metabolised or transported from food into the body across the lining of the gut.

Sulforaphane, a phytochemical derived from broccoli, has been extensively studied at IFR and elsewhere in a variety of cell model systems since its isolation in the early 1990s. These have shown it induces a number of different responses and interactions that are related to health-protecting functions in the body. Cell models are often used for the earliest investigations into potential mechanisms through which plant products may prevent disease, but a number of limitations mean that it is not always possible to say the same interaction happens in humans. Food compounds are modified when we eat and as they pass through our digestive system, both in terms of overall structure and at the molecular level. Plant compounds are frequently altered as they go through the gut, or as they are transported across the gut lining. Some are metabolised by the gut microbiota. They can be further metabolised by the liver, meaning the compounds that enter the blood stream may be significantly different from those in the plant, and the ones that may have been used in cell model studies. A cultured group of immortalised cells is obviously very different to cells organised into tissues in the body, and the ways these tissues come into contact with dietary compounds also differ. In some cases, interactions between a compound and a cell model occur at levels that would not be possible inside the body, over longer or shorter periods than during digestion or as the compounds circulate in the blood stream.

Animal models are sometimes used to investigate the effects certain plant compounds have in a living system. Current mouse model systems can be used to assess the effects of dietary compounds under different conditions, and mice with specific genetic make-up used to uncover the roles played by specific genes. Mouse model systems have been developed that mimic the progress of human diseases, such as cancer, diabetes or cardiovascular disease, allowing compounds to be tested more quickly to see how they can prevent or slow down disease.

These kinds of experiments are impossible to carry out in humans. Using animal models gives an indication of what effects compounds can have, but it still is not possible to say unequivocally that an effect found in models would also be seen in humans. There are differences in anatomy and physiology. Small animals absorb from their gut quicker than humans, and there are differences in the ways compounds are handled, taken into the blood and metabolised.  So, while animal models can uncover information about underlying mechanisms, bodies such as the European Food Safety Authority do not accept animal model studies as the only evidence for health claims for foods.

The strongest evidence for health-protecting effects of eating certain foods comes from Human Intervention Trials, where a group of human volunteers have their diet supplemented with the food being tested and the effects compared with a similar group who do not receive the supplemented diet. Any significant differences between the two groups can be attributed to the food. These kinds of trials are often used to complement epidemiological studies or studies using animal or cell models, to demonstrate findings are relevant and reproducible in humans.

IFR conducted a small-scale human intervention trial to fill in gap between observational studies that diets rich in cruciferous vegetables may reduce the risk of prostate cancer and other chronic diseases, and studies with cell and animal models that provided potential mechanisms. The study was carried out in men at risk of developing prostate cancer and showed there were more positive changes in gene expression amongst men who were on the broccoli-rich diet, and these changes may be associated with the reduction in the risk of developing prostate cancer.

However, far fewer human interventions studies are carried out than studies in models, and the reason for this lies in the ethical and practical difficulties of running trials with humans.

A major difficulty in the design of human intervention studies is the setup of the control group, which do not receive the compound being tested. Ideally, this group would not eat the food component being trialled. In pharmaceutical trials, this is relatively simple, as the control group can avoid the drug being tested and given placebos instead. But, for testing food components, it is almost impossible to completely eradicate certain components from the diet of the volunteers in the control group over periods of weeks or even months, and it may not be ethical to deprive these individuals long-term either. Researchers can overcome these problems by using plants containing elevated levels of certain bioactive components, but are otherwise unaltered. Several of these have now been developed, including a variety of broccoli, known as Beneforte, which contains high levels of glucoraphanin.

Another may be the genetically modified tomatoes produced at the John Innes Centre, which are identical to unmodified tomatoes except they contain much higher levels of anthocyanins. These have already been shown to lengthen the lifespan of cancer-prone mice.

Another drawback to human intervention studies is the large number of people required to take part in them to produce statistically significant results. The smaller the number of people in the trial, the greater the likelihood that any results are down to chance rather than the effects of the dietary intervention. The numbers needed to make trials meaningful are even higher when relatively rare outcomes, such as the development of cancers, are being measured. The majority of human intervention trials focus instead on biomarkers of disease – measurable changes in the body that have been shown to increase or decrease in the early stages of a disease. For example, human intervention trials on cardiovascular disease will assess the effects different diets have on blood pressure, the flow of blood in the vessels, and changes to chemical components in the blood, which have previously been associated with the early stages of CVD. For other chronic diseases, especially some cancers, these biomarkers are still being developed. IFR, with the University of Newcastle, is trialling several new biomarkers for bowel cancer, based on inflammation, gene expression and DNA modifications.

Until the ongoing research into finding useful biomarkers is completed, intervention trials will continue to involve the recurrence of chronic diseases in patients who have already been successfully treated for a disease. For example, trials can be set up to measure the effects of food components on recurrence of some forms of breast cancer, which have a relatively high recurrence rate, or on people affected by inflammatory bowel disease after periods of remission. 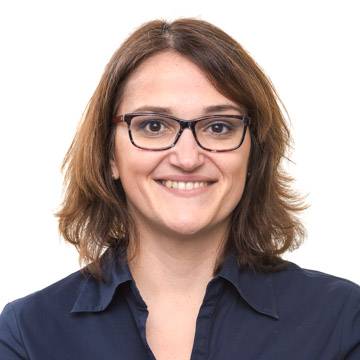