Mycoprotein is a food ingredient used in all the meat replacement products branded as QuornTM. Apart from the lower environmental impact compared to meat, mycoprotein has shown to improve human health in clinical trials.

Most of the unprocessed food we eat is composed of cells that in turn form tissues. This applies to plant food, as well as for meat. What about mushrooms? Same thing. Mushrooms are the fruiting bodies of fungi that grow under the soil with branches, which resemble tree roots. These branches are filamentous cells that altogether make what is called a mycelium. On the other hand, only a few processed foods may maintain a cellular structure. 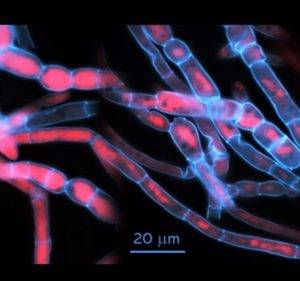 One of these structures is mycoprotein, a filamentous fungus (Fusarium venenatum) that is, first, fermented in 40-metres-high vessels and, then, processed in such a way to provide a meat-like texture, which is typical of all QuornTM products. This food ingredient is composed of intact fungal cells, which are high in protein and fibre. The latter is retained in cell walls that define the cellular shape.

Several studies were carried out to test the safety of this new product back in the 70-80s. After the commercialisation of the product, more clinical trials highlighted the potential health-promoting effects of mycoprotein, such as improving the clinical situation of patients with cardiovascular diseases (CVD)1 and type-2 diabetes (T2D)2. At the QIB, we wanted to understand the mechanisms by which mycoprotein can improve health outcomes. This is essential to advance medical knowledge and develop strategies that may help to reduce the risk of CVD and T2D.

A recent clinical trial confirmed the impact of mycoprotein in decreasing blood lipids, such as cholesterol, and hence contribute to reducing the risk of CVD3. Our findings at the QIB4 are in line with the clinical trial. We found that mycoprotein can reduce the digestion of fat and bind bile salts in simulated digestion of the upper gut (stomach and small intestine).

The reduction of fat digestion and the binding of bile salts, which are secreted by the liver to help digest fat, suggest that mycoprotein can directly influence digestive processes in the small intestine. These two mechanisms could contribute to the lower levels of cholesterol in the blood observed by the clinical trial.

Furthermore, mycoprotein can promote a reduced insulin release after a meal5. This is positively associated with reducing insulin resistance, a driving factor that can lead to T2D. Similarly, our findings at the QIB6 showed that mycoprotein could reduce the digestion of carbohydrates, which is mediated by the enzyme alpha-amylase. Thus, limited digestion of carbohydrates may result in a reduced postprandial insulin release in the human body. The effect was mediated by the mycoprotein structure and its ability to bind and retain the enzyme within its cell walls.

Overall, these findings suggest that the mycoprotein structure, which is determined by fibrous cell walls, may have a pivotal role in influencing the digestion of fats and carbohydrates in the upper gut. This may result in health benefits that reduce the risk of CVD and T2D.

The works reported (4, 6) were funded by Marlow Foods Ltd. through a PhD studentship at QIB. 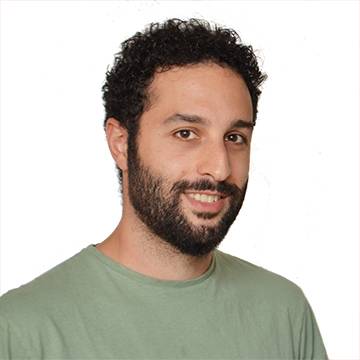