A collaboration between the NNUH and IFR has been crucial to the success of the Intestinal Microbiota Transfer (IMT),  also referred to as Faecal Microbiota Transplants (FMT), to combat Clostridium difficile infection, but this also extends beyond, as we are interested in learning more about exactly what makes this treatment so effective, and finding ways of improving it further. 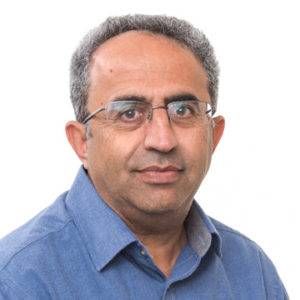 The IFR researchers, led by Professor Arjan Narbad, are monitoring the changes in the patients’ microbiomes, comparing them before and after treatment, working with Dr Ngozi Elumogo, Director of Infection Prevention and Control at NNUH and consultant gastroenterologist Dr Ian Beales

“This is allowing us to get a picture of how similar the patient’s microbiome is to the donor’s, and see how long these changes persist, over a period of months,” said Prof. Narbad. “We’re also able to compare the efficacy of the different ways of delivering the FMT, to find ways of improving the process.”

One way of improving the process could be to deliver to the stomach rather than further down to where they need to be in the colon, which makes it easier to administer. But in that case, the bacteria then need to survive transit to the colon.

“We’re also looking at using concentrated preparations which have a smaller volume, to speed up the process and make it less invasive” said Prof. Narbad. “There’s also the possibility of using frozen, rather than freshly prepared samples. It would be much easier to use ‘off the shelf’ preparations than to obtain fresh samples from a donor each time. And looking beyond that, we want to explore preparing freeze-dried capsules that patients can take themselves, like a tablet.”

The collaboration between the clinicians at the Norfolk and Norwich University Hospital and the microbiologists and gut microbiome experts is driving forward the development of the technique, but it relies on the knowledge gained from following the patients who consent to aiding the research.

“What we ultimately want to be able to do is use the information from following patients for months after their IMT treatment to show which bacterial species are the best colonisers, and which might just be described as ‘temporary guests. We may then be able to use a defined mix of fully characterised bacteria that are as effective as using the entire donor material.”

The idea of creating a defined mix of bacteria to treat diseases isn’t new. It’s something that was pioneered at the Institute of Food Research in the early 1980s, but in poultry. Dr Ella Barnes OBE and Dr Geoff Mead developed a method, known as defined competitive exclusion product, that encouraged a healthy microbiome in chicks that inhibited the growth of Salmonella, helping make poultry products safer.

“Thirty years later, we are essentially using the same approach, but in humans.”

So far, the National Institute for Health and Care Excellence (NICE) has only approved the use of FMT for treating recurrent C. difficile but there is interest here and in other groups around the world in the potential of microbiome therapies for other conditions. But more needs to be known about these conditions, and their links to the gut and the microbiome, which will rely on generating new knowledge and getting evidence that these therapies work.

The Norwich Research Park is well placed to be at the forefront of this emerging area of research, through its concentrated expertise in gut microbiology, physiology and in clinical research, enabling both the fundamental science and its translation into new therapies. At IFR, much of this has been driven by a strategic programme of research funded by the Biotechnology and Biological Sciences Research Council (BBSRC) into gut health and food safety, which has led to closer ties with the neighbouring Norfolk and Norwich University Hospital.

These ties will become even stronger with the development of the Quadram Institute, which will integrate IFR research teams into the same building as the NNUH’s new regional gastrointestinal endoscopy facility. It will make collaborations between clinicians and researchers more common, and help take fundamental science from the lab bench to really make a difference to the lives of people suffering from conditions, such as C. difficile infection.

Arjan Narbad confessed to being a little reticent about being involved in this project, until he was able to convince himself that the protocols they were developing would be safe and effective. But he’s glad he did.

In over 25 years of being at IFR, this has been the one of most rewarding pieces of work, where you can actually see the benefit to patients immediately – Professor Arjan Narbad 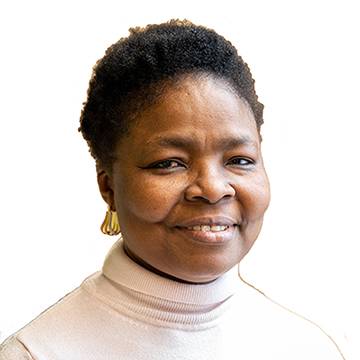