UK Charity Invest in ME Research is awarding £625,000 for continued research
into the disease myalgic encephalomyelitis (ME or ME/CFS), including a clinicial trial at the Quadram Institute. 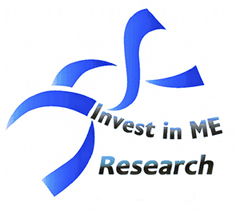 This major investment is an increase of the charity’s previous pledge of £500,000 that was announced in late 2019.

This research builds on the foundations already made for a UK/European Centre of Excellence for ME research hub in Norwich Research Park.

The new pledge will cover the required funding for a clinical trial of Faecal Microbiota Transplantation (FMT) being performed alongside other high-quality biomedical research at the Quadram Institute (QI).

QI’s world-class facility has already seen five PhDs employed on research into ME, focusing specifically on the gut microbiota and links to ME.

The charity has committed to award £45,000 to co-fund the latest PhD studentship with the University of East Anglia.

Invest in ME Research Chairman Kathleen McCall said: “The charity and its dedicated supporters have continued to develop a strategy of high-quality biomedical research in partnership with world-class institutes at one of the most outstanding research parks in Europe.

We are a small charity but are determined to follow a pathway for biomedical research into this disease with the emphasis on the urgency that it requires.

Our further commitments again underline our confidence in the quality and direction of research at Quadram Institute.

Developing a major clinical trial for ME that offers a new form of treatment for ME using modern facilities and developing solid outcome measures brings hope to all people who have ME, and their families.

With the existing funded research, the support and facilitation of new initiatives with the European ME Research Group (EMERG) and working with our colleagues in the European ME Alliance (EMEA), then the charity continues to assist in changing the face of research into this serious and debilitating disease.”

Professor Simon Carding, Head of Gut Microbes and Health Research Programme at Quadram Institute Bioscience said: “We are incredibly grateful for the ongoing support from Invest in ME Research and their supporters. We are very excited at the prospect of undertaking the FMT clinical trial, as part of our ongoing investigations into the links between ME and the gut microbiome.”

The continuing and developing research in Norwich Research Park holds out great hope for the future for ME patients and their families.

ME commonly presents with hugely diverse and debilitating symptoms including post-exertional malaise, unrefreshing sleep, cognitive dysfunction and widespread pain. ME has been estimated to affect around 250,000 people in the UK and direct and indirect economic costs have been estimated in the USA to be $20 billion annually. The severity of symptoms varies. Around 25% of sufferers may be classed as severely affected – often bed bound at some point in their lives with periods of relapse and remission common and only 6% returning to full health.

The pledge brings to five the number of PhD positions that the charity has funded/part-funded for research into ME.