New detail about what happens when a key cellular process is impaired in cells that are vital for a healthy gut have been uncovered by a wide-ranging analysis.

Paneth cells are found at the bottom of crypts in the lining of the gut. They help defend against pathogenic microbes, as well as protecting the integrity of the lining of the gut. Carrying out these functions relies on them being able to secrete antimicrobial factors and other molecules that ensure a balanced gut microbiome and functioning stem cells that regenerate the gut lining. Given their vital role, it’s not surprising that abnormalities in Paneth cells are associated with gut conditions such as Crohn’s disease.

Similar symptoms are seen when a cellular process called autophagy is dysfunctional. Cells use autophagy to remove defective and potentially harmful proteins within themselves by surrounding the offending object in a membrane “bag” that is then tagged for destruction. Paneth cells also use this mechanism to bag up antimicrobial molecules for export from the cell in response to attack by pathogenic microbes.

This new study aimed to fill a gap in our understanding of the effects of autophagy impairment on Paneth cells, and was led by Dr Tamas Korcsmaros, a research fellow at the Quadram Institute and the Earlham Institute, which are strategically funded by the Biotechnology and Biological Sciences Research Council.

Tamas assembled an interdisciplinary team from across the Norwich Research Park to explore the molecular changes seen when autophagy in Paneth cells is blocked, and also what wider effects these changes might have. This involved integrating a number of different data sets and using network analysis and computational biology to interpret how these changes impact on different functions within cells. 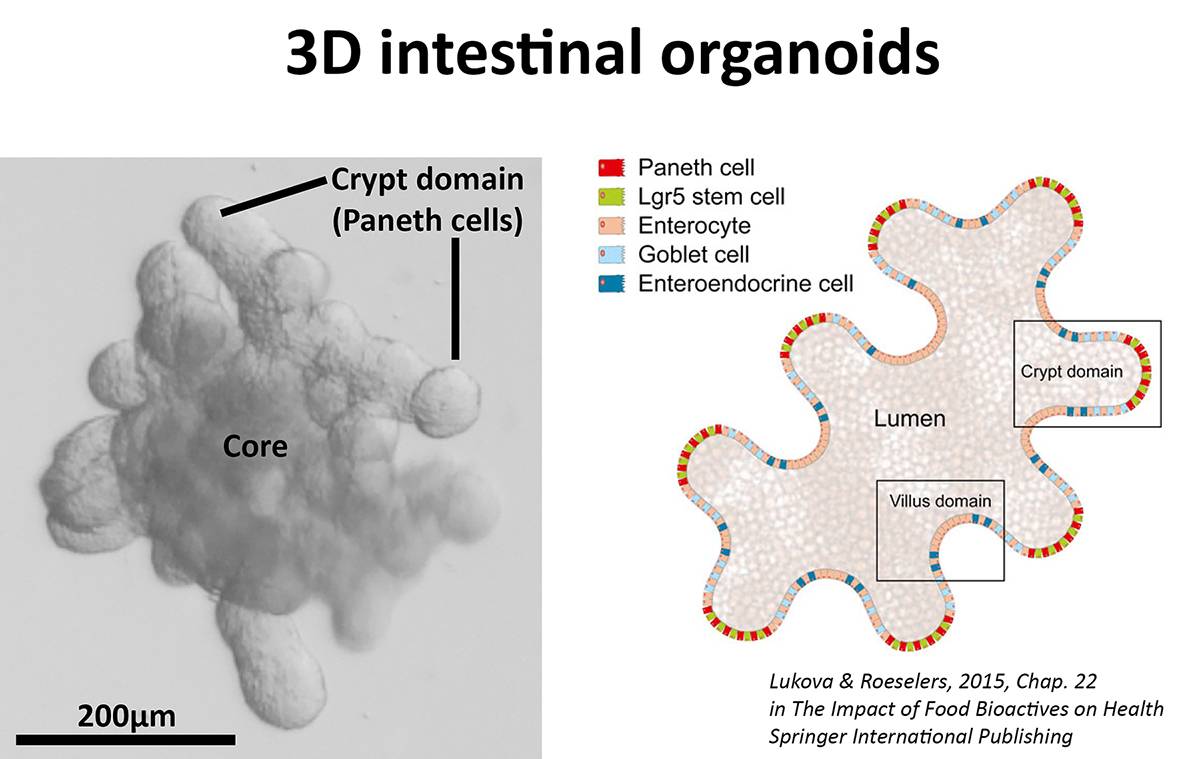 Using cells from mice, the researchers grew organoid cultures in the lab. These are three dimensional collections of cells that grow and organise themselves into crypts, as they would in the lining of the gut. In some of these, a central gene needed for autophagy was knocked out. By comparison to organoids with the fully functioning gene, the team could then, for the first time, work out the molecular mechanisms and cellular processes affected by impaired autophagy in Paneth cells.

Firstly, the team measured the levels of all of the different proteins produced by the cells, and identified those proteins that changed in abundance depending on whether the autophagy gene was functional.

This identified over 280 proteins, which reflects the central importance of autophagy, but leads to the question of what functions these proteins have. To answer this, and find out what cellular functions are impaired when autophagy isn’t functioning, the researchers turned to network science and computational systems biology.

The scientific literature contains lots of data on the way individual proteins interact, their signalling pathways and their individual functions. Inside the cell, all of these processes are happening simultaneously, as part of complex networks of signals and instructions that maintain the cell and allow it to carry out its job. The researchers integrated a number of different networks and used the experimental data to link the proteins with altered abundances to their functions within these networks. This identified at least 18 cellular functions that are affected by autophagy. Some of these were already known about, validating the approach, but others were previously unknown. Apoptosis, which allows damaged cells to kill themselves off, appears to be down-regulated in autophagy-impaired Paneth cells. As down-regulated apoptosis could keep damaged cells alive, this could explain the key mechanisms behind how chronic inflammatory diseases, such as Crohn’s Disease develop, so this could be an interesting area for further study. The system Paneth cells use to release antimicrobial compounds, exocytosis, is also down-regulated, which would affect the defence mechanism against microbial invasion.

“To understand the causes of complex conditions like gut inflammation, we need to harness the power of network analysis in this way to integrate all of the available information,” said Dr Korcsmaros “Using gut organoids and multi-omics analysis is an exciting and novel way to understand living systems. We hope that this study helps to shed new light on what triggers conditions like Crohn’s Disease, so we can find new ways of preventing or treating these conditions.” 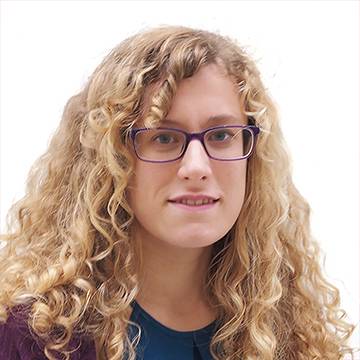