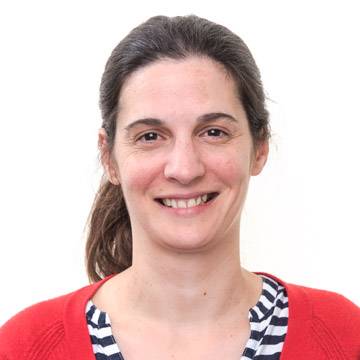 Since December 2013, I have been working as a Research Scientist in Simon Carding’s group, primarily involved in the development of bacteria based vehicles for drug delivery to mucosal sites.

Prior to Quadram Institute Bioscience, I was at ITQB, Lisbon where I completed my PhD studying the metabolism of Lactococcus lactis under acidic conditions, and continued as a post-doc, working on the development of Corynebacterium as cell factories to produce commercially interesting bulk compounds such as 2,3-butanediol.

At the Quadram Institute Bioscience, we aimed to understand how we can utilise the commensal bacterium, Bacteroides ovatus, to deliver therapeutic compounds for the treatment of inflammatory bowel disease to the gut. Our report on the safety aspect on the use of genetically modified bacteria for drug delivery has recently been accepted for publication in “Scientific Reports”.

More recently I have been more focused in the study of outer membrane vesicles(OMVs) which are non-replicative particles released by Gram-negative bacteria. I have been exploring the possibility of utilising OMVs to deliver either therapeutics or antigenic proteins to mucosal surfaces of the body, such as the GI tract or intranasal cavity. I am interested in understanding the regulation of OMV biogenesis and the mechanism through which OMVs interact with the host. This basic understanding would lead to more straightforward and efficient production of OMVs carrying target proteins as drug therapies.

With a prior background of biochemistry, microbiology and molecular biology, the present work gives me an opportunity to learn new skills such as the use of in vivo models and to acquire experience in gut immunology.