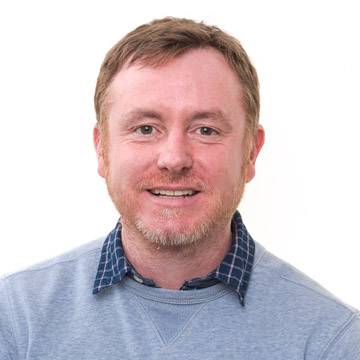 I have worked at the John Innes Centre since 1998 and am now working in the Hazard group which spans both the Quadram Institute Bioscience and John Innes Centre. My research has involved many different cereal species but I am now working almost exclusively on wheat. This is due to recent big improvements to the knowledge and resources now available for working on wheat, a crop that is a globally important foodstuff. My area of interest has been into the cereal grain and particularly starch and starch synthesis. Attempting to understand how starch production is controlled with a view to modifying starch properties including improving the nutritional value.

I am experienced in many different types of techniques including enzyme assays, metabolite profiling, microscopy (light and EM), genetics for both running crossing programs and mapping to identifying the mutations underlying unusual starch or grain characteristics.

Patron N. J., Smith A. M., Fahy B. F., Hylton C. M., Naldrett M. J., Rossnagel B. G., Denyer K.(2002) The altered pattern of amylose accumulation in the endosperm of low-amylose barley cultivars is attributable to a single mutant allele of granule-bound starch synthase I with a deletion in the 5′-non-coding region. Plant Physiology 130 190-198