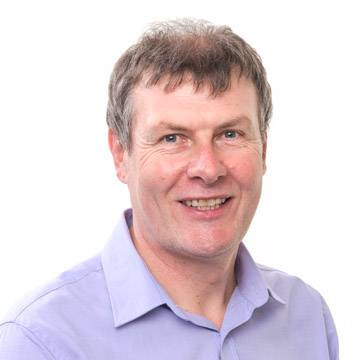 I am a senior molecular microbiologist. I started my career studying biochemistry at the University of Edinburgh before moving to the Institute in Norwich at the start up of a yeast group to investigate yeast functional genomics. I was involved in the successful yeast genome-sequencing project: sequencing part of chromosome iii; the first eukaryotic chromosome to be completely sequenced and then sequencing two large regions of chromosome xv to help complete the entire yeast genome. During subsequent EU-funded functional genomics initiatives, eurofan and eurofan ii, I completed two “sixpacks” and developed a number of approaches for gene disruption in yeast. I also created a PCR-based method for dna fingerprinting yeast, which was patented and is currently the method of choice for strain discrimination used commercially by the National Collection of Yeast Cultures. With over 30 years in molecular biology, I was central to initiating Campylobacter microarrays at IFR and influential in the strategic development of a dual approach using 2-d proteomics and DNA microarrays to analyse Campylobacter stress responses. I was a Grant Holder and PI on a successful BBSRC research project:  ‘host acute stress responses and the regulation of C. jejuni virulence in the avian gut‘, in collaboration with Professor Julian Ketley and Professor Tom Humphrey .

The project investigated the influence on Campylobacter of stress hormones released into the gut lumen. Recently, I have been a key part of the team, that, in collaboration with intervet/schering-plough animal health were able to completely sequence and annotate the genome of Campylobacter jejuni 81116 and has gone on to sequence approximately 500 Campylobacter coli strains. Research interests centre around linking genotype and phenotype through functional genomics. I was acting Head of Campylobacter research between November 2005 and March 2007 and with 35 years experience am currently laboratory manager for floors 3 and 4.