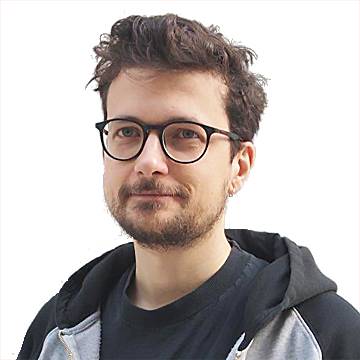 My career path follows the view of the Chinese philosopher Lao Tzu, who said “Life is a series of natural and spontaneous changes”. I have been involved in several projects investigating marine and freshwater microorganisms, free-living and symbiotic bacteria, basic microbiological aspects and biotechnological applications. All these topics fell under my main interest of understanding the mechanisms bacteria use to interact with their host and its microbiota in a changing environment. Ultimately, I aim at directing this knowledge into translational application. In my research, I try to integrate various methods combining comparative genomics, bioinformatics, metabolomics, and wet-lab approaches.

At the Quadram Institute I study the role of the human-microbiota in aging, focusing particularly on the microbiota-brain-gut axis. My final goal is to understand the interaction mechanisms underpinning host-microbiota interaction to translate these findings into improved therapeutic interventions. I am also the manager of the Fecal Microbiota Transplant facility directed by Dr Narbad and Dr Elumugo in collaboration between the Quadram Institute Bioscience and Norfolk and Norwich University Hospital.