SIRTainly all the craze right now; should sirtuin bioactives be part of our diet?

Scientists led by Dr Naiara Beraza at the Institute of Food Research on the Norwich Research Park are investigating the mechanisms underpinning the supposed beneficial effects of the ‘Sirtfood Diet’.

Sirtfoods burst onto the health and nutrition scene earlier this year, making a splash in the media, with several high profile athletes including Olympic gold-medallist Sir Ben Ainslie converting their dietary habits according to The Independent.

Whilst this news may encourage potential dieters to set sail alongside such sporting celebrities, researchers at the IFR are tentative and suggest far more research is needed into the scientific basis behind the physiological benefits that the foods involved are meant to deliver.

So what is the scientific evidence behind these claims?

Many of these foods may indeed have health benefits for us when we eat them. There is good evidence that people who have diets high in vegetables and fruits have a reduced risk of developing chronic conditions. Some of these foods contain bioactives, which are biological molecules that effect living cells, and that may also show health benefits. IFR has a programme of research looking at bioactives, to try to find the best evidence for how they are metabolised and the mechanisms by which they may benefit health. There are many different ways in which these benefits may be translated. Proponents of the SIRTFOOD diet claim that bioactive compounds activate proteins called sirtuins. These sirtuins trigger the expression of genes that they link to cell rejuvenation and repair, suppression of appetite and weight loss. Foods rich in these bioactives have been labelled ‘sirtfoods’; mainly fruits and vegetables including blueberries, rocket, celery, kale and apples and other food types such as 85% dark chocolate and red wine. However, the evidence linking these sirtfoods back to human health benefits, via activation of sirtuins, is still inconclusive.

We know that there are seven sirtuins in our body but we do not know what they all do. The most well-known is sirtuin 1. There is evidence from experiments in mice that overexpressing SIRT1 confers healthy ageing and that these mice are protected against high fat diet-induced metabolic syndrome, characterised by obesity and fatty liver. Resveratrol, a suggested SIRT bioactive found in the skin of red grapes, has been shown to activate the SIRT1 gene, prolonging the lifespan of lower organisms but not mammals. Flavonoids found in chocolate are also known to activate SIRT1 in worms.

Dr Beraza suggests that the scientific basis used for promotion of this diet is most likely based on the impact of resveratrol increasing the lifespan of lower organisms such as budding yeast. The cellular mechanisms by which resveratrol acts remains controversial and as of 2016, the health benefits in humans have yet to be shown conclusively.

Another important point is that the amount of bioactive found in these foods may be nowhere near enough to have any beneficial effects. Whilst it’s proven that certain bioactives can activate SIRT1, we do not know whether the levels in foods in quantities that people usually eat can facilitate this activation. Other factors to consider are that eating these foods may imply a reduction in calorie intake, as most of the associated foods tend to be lower in carbohydrates and fats, with decreased calorie consumption known to activate SIRT1. Exercise may also be increased in individuals partaking in such a diet as most diets recommend increased exercise. Exercise is known to induce SIRT1 activity so the food itself may not play such an important role.

So what action should we take to further investigate SIRT1?

Dr. Bereza suggests that we should try to define the mechanisms underlying any beneficial effects and how SIRT1 overexpression protects against a high fat diet. There may be specific circumstances where too much SIRT1 activity could lead to unintended effects. Recent research showed that SIRT1 overexpression in mice produced impaired liver regeneration and several other papers by different research groups have shown that SIRT1 is highly expressed in liver tumour samples.. Sirtuin 1 is a very powerful molecule that controls essential metabolic pathways, cell protection systems and regulates inflammatory response so it is necessary to define in which organs SIRT1 has effects, and what those effects are.

It may be too broad to say SIRT1-regulated genes have beneficial effects as it depends on what organ and even what cells it will affect, potentially producing various outcomes depending on the context. Reaching a balance of SIRT1 expression and targeting the appropriate cell type in each situation would be beneficial as extremes of too high and too low have harmful effects –Dr Naiara Beraza

Whilst some work has been done on the liver regarding these mechanisms, there is an absence of research which attempts to define the role of SIRT1 in the liver-gut axis. Her team at the IFR will investigate this role to demonstrate whether SIRT1 activation must be organ specific to reap the beneficial effects so that we may deduce the best method to produce effective SIRT1-based treatments.

So should readers abandon the SIRT ship?

“I think not” asserts Dr. Beraza “But only because many of the ‘Sirtfoods’ can be included as part of a healthy lifestyle which are known to confer other nutritional benefits. Dieters would also be better advised to combine these foods, as a mixture of the compounds will likely have greater advantages than eating one food type alone. Pathways other than SIRT1 can be activated, enhancing the beneficial effects whilst also making meals less boring! It is also important to combine these foods with non-SIRT foods as part of a balanced diet including protein and recommended levels of fat alongside regular exercise.”

Overall, the SIRT1 message is optimistic in the context of obesity, high fat diets and metabolic syndrome, but in order to maximise the potential that these bioactives may have, we must fully investigate the mechanisms behind these effects, with particular emphasis on the role of SIRT in the liver-gut axis. Whilst a ‘magic pill’ to cure obesity may currently be out of reach, work at the IFR could shed more light on the complex mechanisms implicated in SIRT1 expression to better understand a potentially useful dietary avenue. 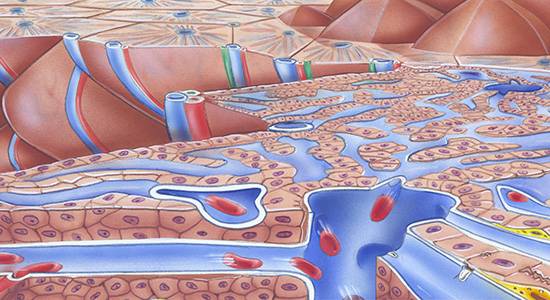