What are the risks and benefits of a plant-based diet?

Usually when people refer to a plant-based diet, the first thing that comes to mind is a vegan diet. Veganism advocates the removal of all animal products in one’s lifestyle, be it in one’s diet, the clothes one wears, the cosmetics one uses etc. A vegan diet will exclude not only meat and fish, but also any form of dairy, along with eggs and honey. Within the past five years, veganism has skyrocketed in popularity. It is estimated that there are 75 million vegans worldwide, 0.1% of the global population. Vegans will exclude animal products from their diets for several reasons: ethical vegans, for example, believe that animals should not be sacrificed for human consumption; environmental vegans, on the other hand, believe that industrial farming of animals is environmentally damaging and unsustainable.

Let’s dig a little deeper and understand what the risks/benefits associated with a plant-based diet areAs of 2020, a limited number of human intervention studies have been carried out comparing omnivorous, vegetarian and vegan diets on human health and they have produced conflicting results. A 2019 systematic review (Trefflich et al., 2019) assessed all human studies with vegan or vegetarian diets as an exposure and microbiota composition as an outcome in healthy adults. The review assessed a total of 177 species and concluded that no consistent association could be identified between the microbiota composition resulting from a vegan or vegetarian diet compared to that of omnivores. A separate study, however, showed that vegans had a higher number of Bacteroidetes compared to omnivores (Losasso et al., 2018).

Preliminary data from clinical research suggests that vegan diets are associated with a lower risk of type 2 diabetes, high blood pressure, obesity and heart diseases (Turner-McGrievy and Harris, 2014, Le and Sabaté, 2014, Tuso et al., 2013, Huang et al., 2016). Additionally, a 2017 systematic review of several observational studies has shown that vegans had a significantly reduced risk of total cancer incidences (Dinu et al., 2017). These results should, however, be interpreted with caution since they are based on observational studies.

It has been widely suggested that eliminating all animal products may increase the risk of deficiencies in several vitamins such as: vitamin B12 vitamin D, iron and Omega-3 fatty acids, and iodine (Brown, 2018, Woo et al., 2014). 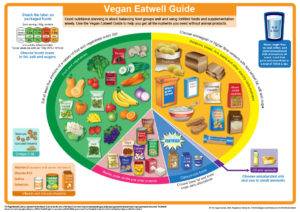 Vitamin B12 is needed for DNA synthesis and nerve function. Deficiency can result in megaloblastic anaemia and neurological damage, and, if untreated, may even lead to death. The best source of this vitamin is found in ruminants (cows, sheep etc). Animals store vitamin B12 in liver and muscles and some may pass the vitamin into their milk or eggs. Therefore, the major sources are meat, organs such as liver, eggs and potentially diary (https://nutritiondata.self.com/foods-000116000000000000000-w.html). Since B12 is only found in animal sources, certain plant-based sources are fortified with vitamin B12.

Vitamin D comes in two forms: D3 and D2. It plays an important role, such as absorbing calcium for bone growth. Vitamin D3 is synthesised by the body when exposed to the ultraviolet rays of the sun. It can also be obtained in animal foods such as salmon, mackerel, cod liver oil and in small amounts in egg yolks. Certain mushrooms contain the D2 form. Most vegan diets contain little or traces amount of Vitamin D.

Iron and zinc are minerals that vegans may risk becoming deficient in as there are concerns about the lower bioavailability of iron from plants compared to animal sources (Foster et al., 2015). While anaemia is common in all three diets (omnivorous, vegetarian and vegan), it has been shown that vegetarians/vegans have lower iron stores (Pawlak et al., 2016). Plant based sources that are high in iron include: soybeans, black beans, lentils, chickpeas, spinach, tempeh and tofu. It has been shown that eating these foods along with vitamin C can increase iron absorption (https://www.vrg.org/nutrition/iron.php).

Omega 3 fatty acids come into major forms from: docosahexaenoic acid (DHA) and eicosapentaenoic acid (EPA). Both are found in animal products, especially in fatty fish such as salmon, mackerel and sardines. Lower concentrations can be found in grass fed beef. Algae have been shown to have both DHA and EPA, although in much smaller amounts. Walnuts, seeds and vegetable oil, such as canola and flaxseed oil, contain an additional omega 3 fatty acid, α-Linoleic acid (ALA). ALA is the precursor for the synthesis of DHA and EPA, however since humans are not readily able to convert ALA to DHA and EPA, the best sources remain to be animal sources (Anderson and Ma, 2009).

To conclude although very little is known about the long-term consequences of a vegan diet on human health and therefore more research is needed, there are certainly some benefits to a vegan diet. A well-designed plant-based diet that incorporates a wide range of vegetables and pulses will provide all sorts of different fibre. This can help to increase the diversity of the individual microbiota. It is well understood that a more diverse microbiome is considered a sign of optimal health. In addition, plant-based diets tend to be much more affordable compared to animal-based diets. What’s more is that consuming less animal-based products in turn also helps the environment by helping to reduce carbon emissions. In order to prevent nutrition deficiency, one may wish incorporation animal based a couple times of week, therefore approaching more of a flexitarian diet or may need what to consider taking some form of supplements to meet their dietary needs. 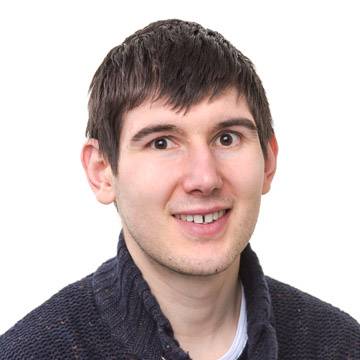