A new project is sequencing the genomes of a collection of yeast strains, to help unlock the great biodiversity within yeasts to produce biofuels and other chemicals more sustainably.

The UK National Collection of Yeast Cultures (NCYC) is a world-leading biological resource, maintaining and supplying an extraordinarily diverse array of yeast strains for academia and industry in the UK and overseas.

In partnership with The Genome Analysis Centre (TGAC), the NCYC has begun an exciting new project to sequence the genomes of all of its ~4,000 strains, thereby revealing their genetic blueprints.

Dr Ian Roberts, NCYC Curator, marked a key milestone in this new project by announcing, “Today, we publicly release genome sequences for the first 48 yeast strains to be analysed within our ambitious new project. As more data become available, genome sequences of additional NCYC strains will be released from our website, adding greatly to this rich treasure-trove of information.” The special capabilities of each yeast strain, whether in baking, brewing, biorefining or surviving in extreme conditions, can now – for the first time – be compared to its genome, thereby enabling the genetic basis of its talents to be uncovered. This rich new data cache will enable academic and industrial researchers to maximise the potential of currently available yeast strains and develop hyper-efficient strains with even better properties.

Dr Jo Dicks, yeast genomes project leader said “Today marks the beginning of an exciting journey to realise the full potential of yeast. We look forward to working with NCYC’s partners and customers to mine the entire diversity in the collection and gain maximum economic benefit from this unique resource”.

Dr David Swarbreck, Regulatory Genomics group leader at TGAC, who led TGACs efforts to generate the genome assemblies for the 48 yeast strains, said: “The release of the first genome sequences from this ambitious project showcases the advances that have been made in next generation sequencing technology that now enable us to cost-effectively sequence large microbial collections, which will facilitate further comparative analysis into the genetic differences between strains.” TGAC’s Platform & Pipelines group will be carrying out the sequencing for the second stage of the yeast genomes’ 4,000 plus strains, led by Platforms & Pipelines Team Leader Darren Heavens.

The NCYC is a Biotechnology and Biological Sciences Research Council (BBSRC)-funded National Capability within the Institute of Food Research (IFR), on the Norwich Research Park. It is one of the world’s largest, most biodiverse and well-characterised yeast collections. The yeasts have been collected from pole to pole and have great potential in producing renewable fuel and chemicals from non-food biomass. The NCYC supports businesses from established multinationals to local microbrewery start-ups. Rapid robotic screening methods are under development enabling further added value for NCYC and its user community. The NCYC endeavours to meet all obligations under the terms of the Convention on Biological Diversity and the Nagoya Protocol.

The NCYC yeast datasets are available for download from http://opendata.ifr.ac.uk/NCYC/. 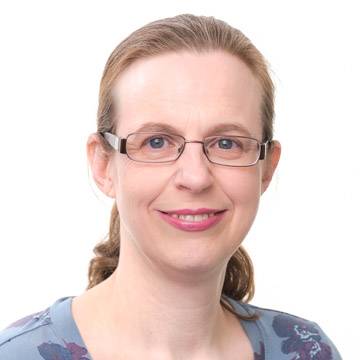